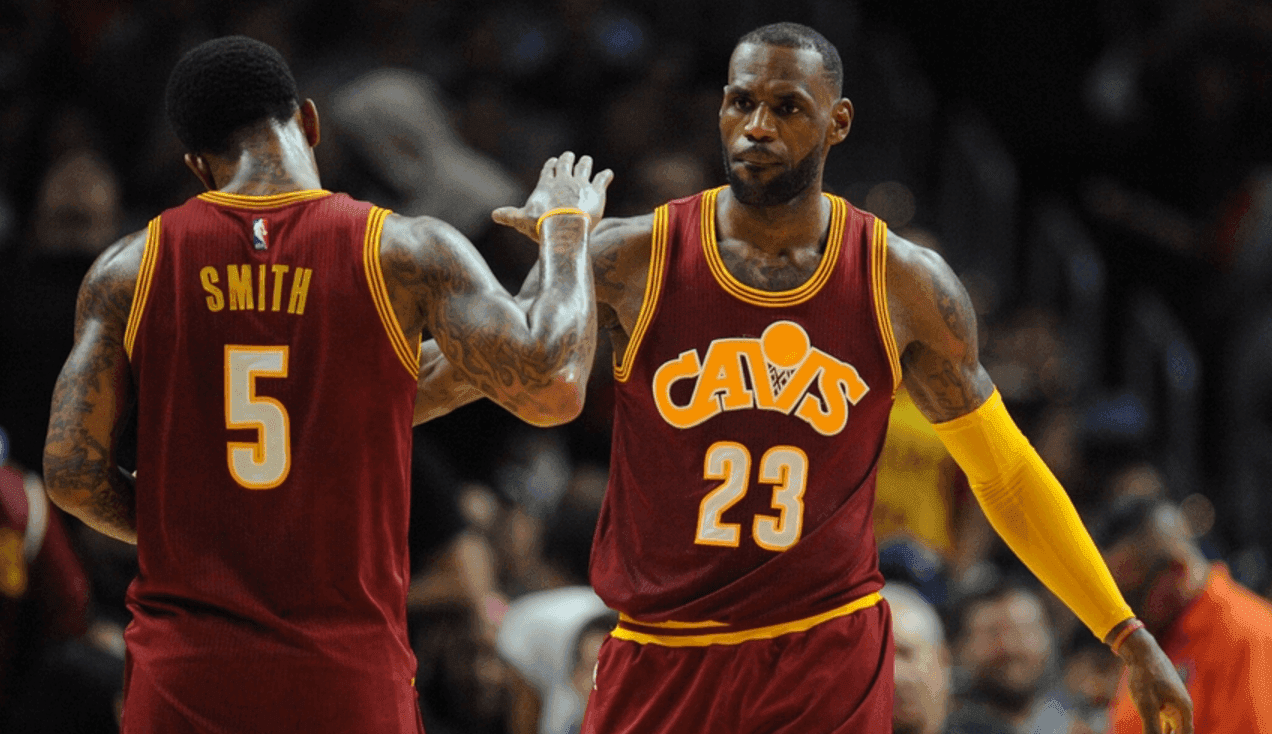 Every time LeBron James takes to the floor, it seems as though he reaches another milestone. Whether it’s climbing the NBA’s all-time ladders, or simply putting up numbers we’ve never seen before, James is at a stage in his career where he is breaking records every other night.

On Sunday afternoon, he reached another. He left the Wells Fargo Center in Philadelphia with a piece of Cavaliers history, as James became the first player in franchise history to make 1,000 three pointers.

For someone not necessarily known for his outside shot, it is one of the more impressive milestones hes collected this season. James does so much on the floor and has so many attributes, we often forget the diligent and immense work he has put into his jump shot throughout the years.

Looking back at his rookie days, James has re-shaped and re-made his jumper during his time in the NBA. It used to be an aspect of his game that people questioned, but over time, he has more than put those doubts to bed.

Entering the contest with 999 three pointers in a Cavs uniform next to his name, a wing three pointer drilled over Robert Covington gave James the recorded, and another slice of Cavaliers franchise history.

James was already the all-time leader in three point field goals made, but against the 76ers he cracked the thousand mark. The next closest player to James for the record was Mark Price, who finished his career with 802 made treys. Kyrie Irving is set to join James eventually, as he has already nailed just under 600 threes in his time with the Wine and Gold.

This feat by James is made more impressive as his best jump shooting days were actually with the Miami Heat. in the 2012/2013 season, where he was crowned NBA champion and finals MVP, James shot an incredible 40% from three point range, the highest of his career.

James continues to work on his outside game every single day. When his jumper is working, he is unplayable. Gone are the days where people would be comfortable with allowing him to take jump shots, as the Golden State Warriors learnt last NBA finals in games five, six and seven. Last years NBA finals joins the five threes he made in game seven of the 2013 finals, as well as his dagger jumper over Kawhi Leonard sealing the championship as his best moments with his outside shot.

Look for James to continue to put in work, as he has lifted his percentage again this season. Entering the contest against the 76ers he was shooting 37% from outside, in comparison to just 30% last season.

He left Philadelphia with another milestone next to his name. Oh, and by the way, he also had a monster triple double on Sunday if that wasn’t enough.