LeBron James (Back) to play in Season Opener at Chicago 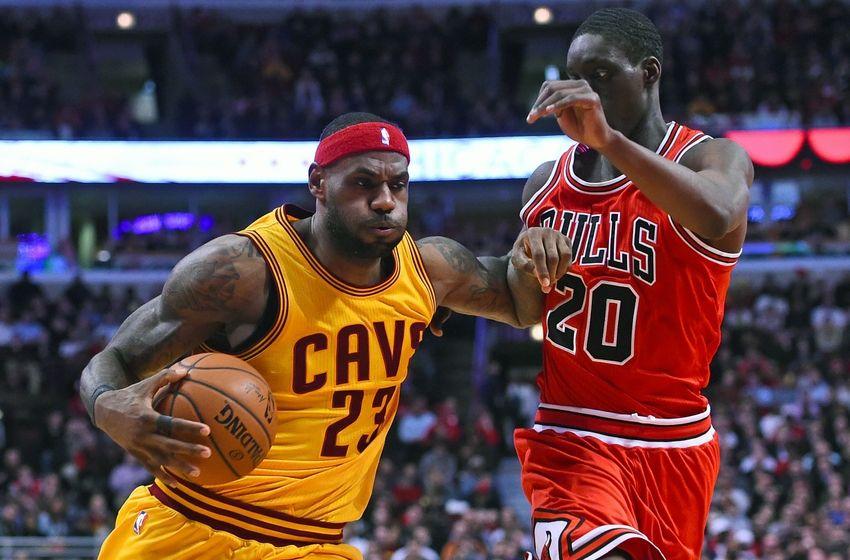 Were we ever truly worried about LeBron James?

After receiving an anti-inflammatory injection in his lower back last week, some questioned LeBron James’ availability in the Cavaliers’ season opener against the Chicago Bulls after being shutdown for the remainder of preseason. Reports from ESPN’s Dave McMenamin throughout the week gave optimism despite yesterday’s panic that a week without full practice could sideline James’ second sophomore campaign with Cleveland:

LeBron didn't practice today again. He said he'll play in the season opener "if everything goes right" with his back rehab. Is "optimistic"

New story: LeBron continues to miss practice because of his back. Is he in any jeopardy of missing the opener? https://t.co/q7rOZ516bw

Today, Marc J. Spears of Yahoo Sports spoke on James’ progress, saying his back and condition are “improving” and that he expects the King to play (start, of course) in the season opener. In addition, the Akron Beacon Journal confirmed the precautions of the procedure, assuring LeBron fanatics that the treatment is meant to protect the Cavs’ investment and championship hopes:

“James said there are no plans for a second shot during the season, but if he needs one he’ll get one. The hope is this will last the year.” – Jason Lloyd, Akron Beacon Journal

LeBron James shot just 32% during the preseason, but that means nothing. What means something is Tristan Thompson back with the wine and gold, Kevin Love shaking off the rest of his rust, and the King back on his throne, the Cavs are poised to hit the ground running in 2015. Hopefully, if Kyrie Irving’s uncertain timetable is resolved by midseason, the Cavs can make a healthy 2016 championship push.

“You thought you didn’t have to face me in the season opener, didn’t you Chicago?”