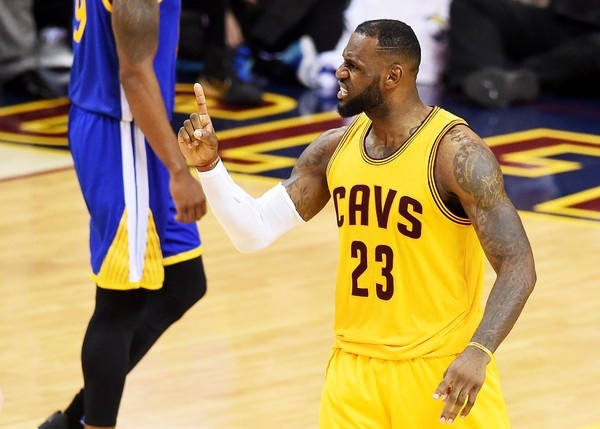 The Cleveland Cavaliers have a relatively young core, and just prior to the start of the NBA Finals, LeBron James arranged a team gathering at the team’s hotel in San Francisco.

There James held a team dinner and talked to the team about the challenges ahead.

“He was like, we’re here for business and to be prepared,” said Tristan Thompson to NEOMG. “All the media attention, all the hoopla stuff is cool and what not, but we’re here to take care of business.”

After the team meeting, LeBron ended it off with a lighter approach. He gave his teammates gifts, something he has become accustomed to doing over the past couple of years.

“I’ve been fortunate enough to work with some great partners and whatever I get, I like to share with my teammates,” said James. “It’s just my way of showing them I care. That’s it. It’s not the first time and it won’t be the last time.”

What did James give his team? Well, as a longtime partner with Beats, the headphones company, James gave each and every one of his teammates brand new Apple Watches. It was just another way James showed gratitude towards his teammates for their hard work thus far.

The Cavs were expected to contend for a title, but even James said he would have to remain patient and couldn’t guarantee winning right away.

That was back in July of 2014. About 11 months later, thanks to a couple of mid-season trades, LeBron and the Cavs are among the last two teams still contending for an NBA Championship. J.R. Smith talked about how great Bron has been to him and his team in his brief time as a Cavalier.

“I don’t know how he does it, but every day it’s something different. Watches, sneakers, Beats [headphones] hoodies, book bags,” said J.R. Smith of LeBron. “Man I can’ wait to come back next year. I want to see what we’re getting next year.”

Even little-used Brendan Haywood got to experience the LeBron-effect first hand.

“Look, LeBron is probably the greatest player in the world who gives out gifts like its candy,” said Brendan Haywood. “We look forward to it every single time.”

Although LeBron James is also a spokesperson for Samsung and has been for the past couple of years, a representative for James says that Beats, who was acquired by Apple, provided the Apple Watches as a gift to the Cleveland Cavaliers. Other than the watch, James also personally gave out Samsung Galazy Edge phones at the meeting.

Through three games in the NBA Finals, it seems that LeBron’s early message and gifts have made their point. Cleveland barely lost Game 1, and then came back to win Games 2 and 3. Although they’re up 2-1, the Cavs could arguably be up 3-0 in this series if Iman Shumpert’s final shot in Game 1 rattles in.

Game 4 is Thursday night back the Q, where the Cavs will try to take a very commanding 3-1 series lead. 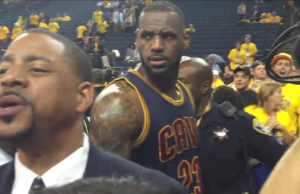