LeBron James apologized to his wife for his obsession with greatness 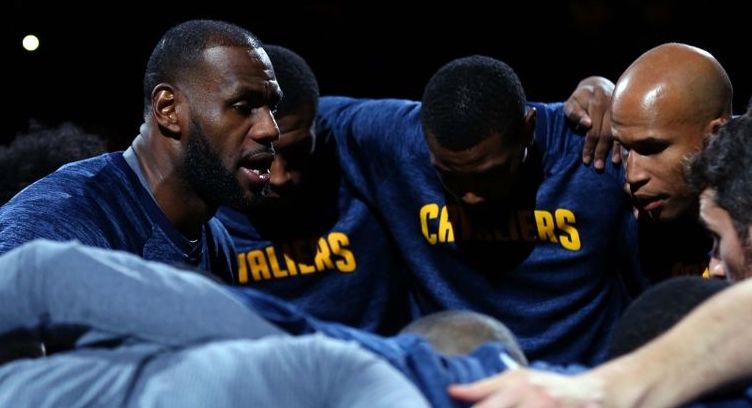 For LeBron James, winning more championships and his having career rival Michael Jordan‘s is his ultimate goal. As James told Sports Illustrated’s Lee Jenkins last summer, catching up to Jordan’s legacy and perhaps surpassing it one day is what motivates the Cavaliers’ superstar. Unfortunately for James, this comes at a cost as it takes an immense amount of time and dedication to be one of the greats, which means he has less time to spend with his family.

James is a dedicated family man mind you, he frequently posts photos and videos of children and wife on social media and talks them up whenever he gets a chance. But always competing for a championship coupled with training during and after the season means less time at home and for that James has actually apologized to his wife for.

Talking with his teammates Channing Frye and Richard Jefferson on their  “Road Trippin’” podcast, James said he apologized to his wife for his obsession with achieving greatness.

“I’m addicted to the process,” James said. “It’s so funny. I just told my wife the other day, I apologized to her. She was like ‘What are you apologizing for?’ I said ‘Because the journey that I’m on to want to be the greatest to ever play this game or to the point where no one ever forgets what I accomplished, I’ve at times lost the fact of how important you are to this whole thing. … I want you to understand that along this journey while I’m playing this game there will be times that I lose the fact of how important you and my three kids are – my babies are.”

Being a family man while also being an NBA superstar is definitely quite the challenge. But it seems like James is embracing the challenge full on and is more than appreciative of his wife for holding down the fort when he is away. 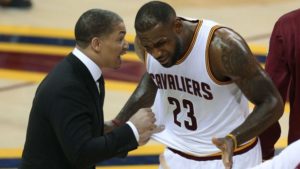 JUST IN: Tyronn Lue has to figure out minutes distribution with complete roster
Related TopicsLeBron James