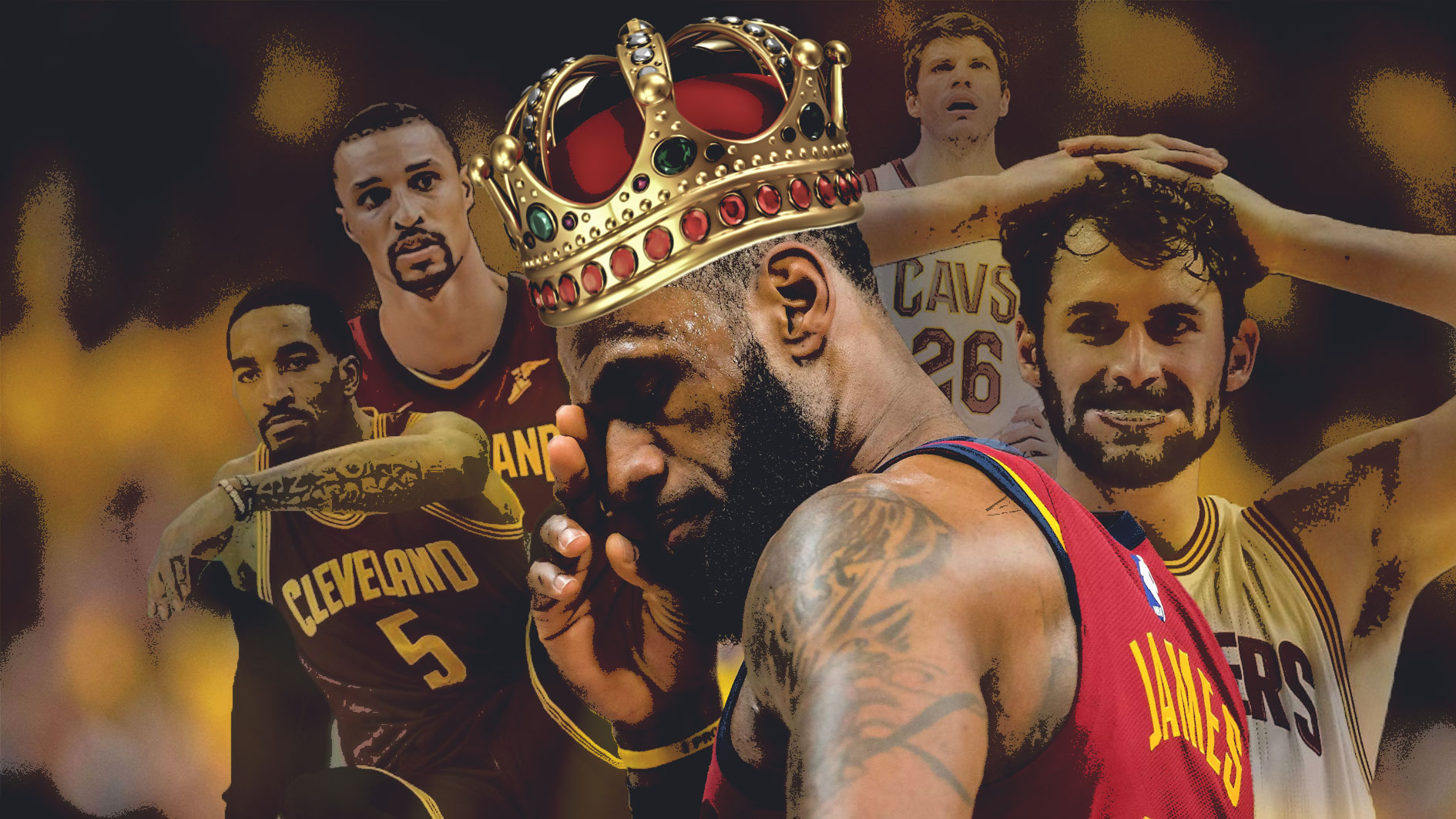 Heading into game six of the first round matchup against the Indiana Pacers, there was a lot on the line for the Cleveland Cavaliers. The biggest being that they could finally put the pesky Pacers to rest and close out the series to face the Toronto Raptors.

Instead, the Cavs were embarrassed. The team was gobsmacked to the tune of 121-87 thanks in part to Pacers star guard Victor Oladipo. After Oladipo cried to the media about the referees not calling goaltending in the closing moments last game, he responded with a triple-double. Oladipo finished with 28 points, 10 assists, and 13 rebounds and committed regicide on LeBron James:

Now the Cavs are faced with a winner take all situation Sunday afternoon in Cleveland. While the Q will be rocking from the opening tip, fans will still be facing a few questions throughout the game:

What if the season is over?

What is the deal with the Cavs this season?

What if this is the end of an era?

And honestly, all three questions are 100% justified. Win or lose in game seven, the Cavs look nothing like the team that has steamrolled the Eastern Conference in the past. After Indiana, they would face the Toronto Raptors in the next round. After that, they would face either the Philadelphia 76ers, the Boston Celtics, or the Milwaukee Bucks, all teams the Cavs have struggled with all season. If they survive the East they likely will be bounced in the NBA Finals against the Houston Rockets or the Golden State Warriors.

It is honestly a shame, that a team that has provided this writer and plenty of Cavs fans some of the best basketball and an NBA Title the last few years fall apart so quickly. ESPN’s Brian Windhorst, who has a lot of insight on the state of the Cavs, shared a poignant quote the other day on the situation:

Brian Windhorst was on the Lowe Post and pretty much summed up a lot of why I would prefer not to have LeBron here (though I understand how crazy that sounds and understand why you would). It just sounds exhausting and not fun. pic.twitter.com/O9ArhZLks1

It perfectly sums up the current state of the Cavaliers this season. From the opening tip, there has always been some kind of drama. At first, it was the disagreement between JR Smith and Dwyane Wade over who should be the team’s starting two guard. After that, the return of Isaiah Thomas went from a small problem to a big one after he looked like a shell of what he once was. And soon after, the infamous locker room blowout happened. Which may have also resulted in one of the greatest moments in pettiness ever:

Soon after, general manager Koby Altman blew up the roster and brought in plenty of fresh faces. Things smoothed over for a bit but now the drama is back after a listless playoff series against the Pacers. The thing is, these are all small moments in what is the biggest source of drama, LeBron James himself.

James is without a doubt the greatest NBA player of all time and the greatest athlete to ever play in the city of Cleveland. He brought a city that was known as the butt of every sports joke its first title in over five decades. He is more than involved in making his hometown of Akron a lot better for kids compared to how he had it growing up. He has been nothing but a star both on and off the court.

But even before the season began the drama started with James’ impending free agency. Whether it was the Los Angeles Lakers, or the Houston Rockets, or the San Antonio Spurs, or the Golden State Warriors, or the Philadelphia 76ers, after a while it seemed like the James family would be calling anywhere but Cleveland home.

Like Windhorst said above, the threat of losing James appears to be rocking the Cavaliers franchise as a whole. If the Cavaliers had a hard-commit from James, things would be a lot better. They were unable to get it when they traded Kyrie Irving to the Boston Celtics, and they sure will not get it when their season may come to a close in the first round. He even nimbly dodged the question after the Cavs were embarrassed in game six against the Pacers:

LeBron James on whether he will think about Game 7 being his last game w/ Cavs: "The thought that if we don't play well that it will be my last game of the year will probably hit my mind. But I haven't thought about that." pic.twitter.com/HKBmtXE4qk

Without a commitment from your leader and your best player, it easily trickles down to the rest of the team. With the advent of an NBA Championship now in doubt, along with all the drama this season has brought, it certainly feels like the end of an era.

The thing is, though, Cavs fans should hold no ill will towards James. He is still and always will be Northeast Ohio’s prodigal son and delivered on his lofty promise of bringing home an NBA Championship. He owns nearly every statistical record and will have a statue outside of the arena and his jersey hanging in the rafters someday.

It is just that it is clear that the drama that James brings with him, along with the ongoing strife between James and Cavs owner Dan Gilbert, has finally reached its toll. If James stays, and the Cavs continue trying to compete for championships, that would be amazing. But, if he does leave for greener pastures the team will finally breathe a little easier for the first time in a while.

All eyes will be on the Cavs when they take on the Pacers in game seven. Professional trolls like Skip Bayless will be licking their chops to watch the Cavs, and James fails. Even if the Cavs do end up clinching the series, at this point, King James, all the King’s horses, and all the King’s men may not be able to put the Cavs’ season back together again.