Rich Paul and LeBron James have been friends since 2002 when they met in an Akron airport on their way to Atlanta, Georgia. The then-high school phenom was set to watch the Final Four while Paul was on his way to Atlanta to get more throwback jerseys to sell. These items were very popular back then and Paul ended up giving James two throwbacks that year – a Magic Johnson and Joe Namath, of the Los Angeles Rams, jersey.

The two ended up forming a great friendship and when it came time for James to be drafted in the NBA, he wanted Paul by his side as one of his business partners. The two, along with Randy Mims and Maverick Carter, formed a marketing agency named LRMR.

Rich Paul also had aspirations of becoming a bonafide NBA agent. Being from the inner city of Cleveland and a go-getter, Paul decided to pursue his passion and make his dreams a reality. He worked under Leon Rose for a few years at Creative Artists Agency, also known as CAA. In 2012, Paul left Leon Rose and CAA to start his own agency/sports management company. This company is Klutch Sports Group and is based in Paul’s hometown of Cleveland, Ohio.

Rich Paul has been making a lot of noise in the NBA the last few seasons. He has 13 NBA clients that he represents including three starters for the Cleveland Cavaliers – LeBron James, JR Smith (yet to be finalized), and Tristan Thompson (who is in and out of the starting lineup swapped out for Timofey Mozgov).

The marquee list of NBA clients that Paul’s Klutch Sports umbrella are headed by some notable names such as LeBron James, Tristan Thompson, John Wall, Eric Bledsoe, and the 2016 draft’s projected top overall pick Ben Simmons. For a group that has only four years of existence to date, its top tier of NBA clients is something that is extremely notable.

LeBron James is a major catalyst in the success of Klutch because he is arguably the greatest player in the NBA today and easily the best player of his generation. Players see the success that James has had in his 13-year career on and off the court and want to replicate that success for their own careers.

This made players like John Wall and Ben Simmons, who both have superstar potential, want to sign with Klutch Sports Group. Rich Paul has also been able to prove himself as a top NBA agent who will fight for his clients. With the projected salary cap in the coming seasons, look for these players, and future players that Klutch Sports will sign, to really cash in with big contracts thanks to Paul.

It will be interesting to see who the next big name NBA players Rich Paul will sign in the future. By the looks of things and how they have been going recently, Klutch Sports Group is, and will continue to be, a major force to reckon with in their field. 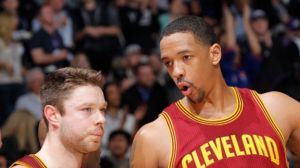 JUST IN: Which Player Can Best Fit The Enforcer Role The Cavs Are Looking To Fill?
Related Topics