LeBron James And Matthew Dellavedova On Game 3 Vs. Atlanta Hawks 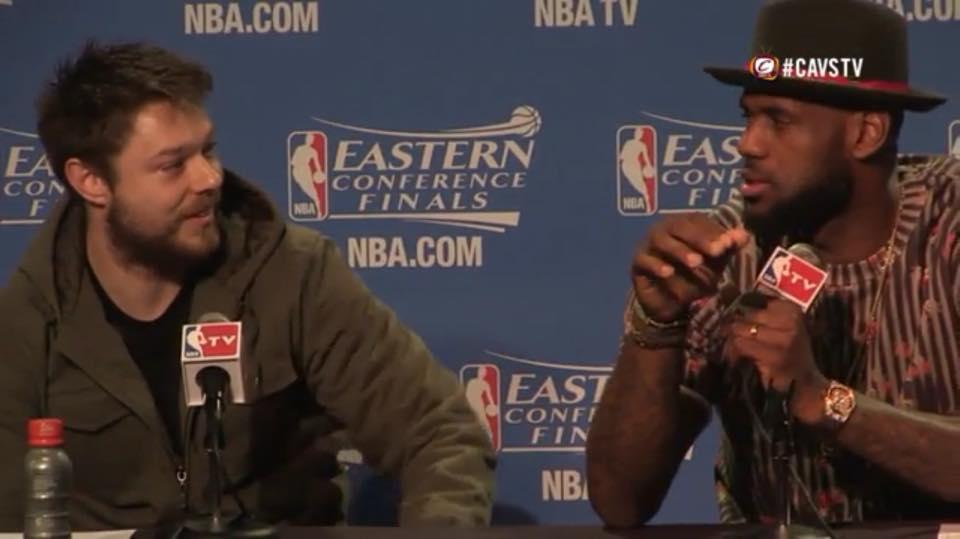 LeBron James and Matthew Dellavedova helped the Cavs earn one of the biggest victories of the year on Sunday night. In Game 3 against the Hawks, LeBron james came up with 37 points, 18 rebounds, and 13 assists while Dellavedova added 17 points, three rebounds, two assists, and one incredible defensive performance to follow up his great Game 1.

The talk of the night, however, was about the controversial altercation between Al Horford and Dellavedova. Al Horford was ejected while Dellavedova received a (fairly unwarranted) technical foul. Here’s the play at hand:

After the game, members of the media asked Dellavedova about the play, a play that Horford said Delly will learn not to make as it is a dangerous one. Here’s what he responded with: 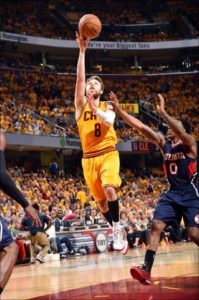 LeBron wanted to stick up for his teammate before Delly answered, but Matthew felt he had the situation in hand. After Dellavedova spoke, however, James spoke his mind on the matter:

“You just play the game the right way. At this point, you’re trying to do whatever it takes to win. You don’t hurt anybody. No one I don’t think in our league goes around trying to hurt people. But you don’t take the aggressive nature out of the game,” said James. “I think in the case of ever since you were a kid, the ball on the floor, first man to the floor usually gets the ball.”

James went further and even used a pair of examples, the first game an in-game diving session among both teams.

James’ second example was the flagrant foul type one called on Hawks’ backup center Pero Antic in Game 2. Here’s the play at hand:

“In Game 2, when [Pero] Antic two-hand shoves me out of the air, the fact that I’m still playing, we don’t talk about it. But he two-hand shoves me in the air. So what are we really talking about? Are we talking about us trying to win basketball games or about those guys trying to (think), Matthew Dellavedova is this type of guy. He works his tail off, every single day. He beats the odds. And he comes to play as hard as he can every single night. If they’re focused on Delly, then they’re focused on the wrong thing.”

To finish off his postgame session with the media, LeBron James touched on three of the players with the biggest impact for the Cavs in Game 3 and this postseason:

“Those three guys, JR and Shump, to answer the first part of your question, they were huge tonight. JR gives us a double-double and no one talks about it. He gives us 17 (points) and 10 (rebounds). Obviously what Shump does, he rebounds, he defends whoever you need him to defend and he gives us 15 points tonight as well. The guy next to me (Dellavedova), he’s been thrown into a situation that he wasn’t thrown into all season for the most part, and that’s starting, being our starting point guard with Kyrie being absent the last couple of games.

“Those three guys have answered the call. They’ve played exceptional basketball. They’ve defended. They’ve done everything we need them to do. We need them to do it a little bit more. Every game is going to be challenging. As hard as it was to win tonight, Game 4 is going to be just as hard as it was tonight. But those three guys are playing unbelievable basketball and without them, we wouldn’t be sitting here at this point.”

Game 4 is on Tuesday night. The Cavs can close out the series at home and claim the franchise’s second Eastern Conference Championship as well as a trip to the NBA Finals