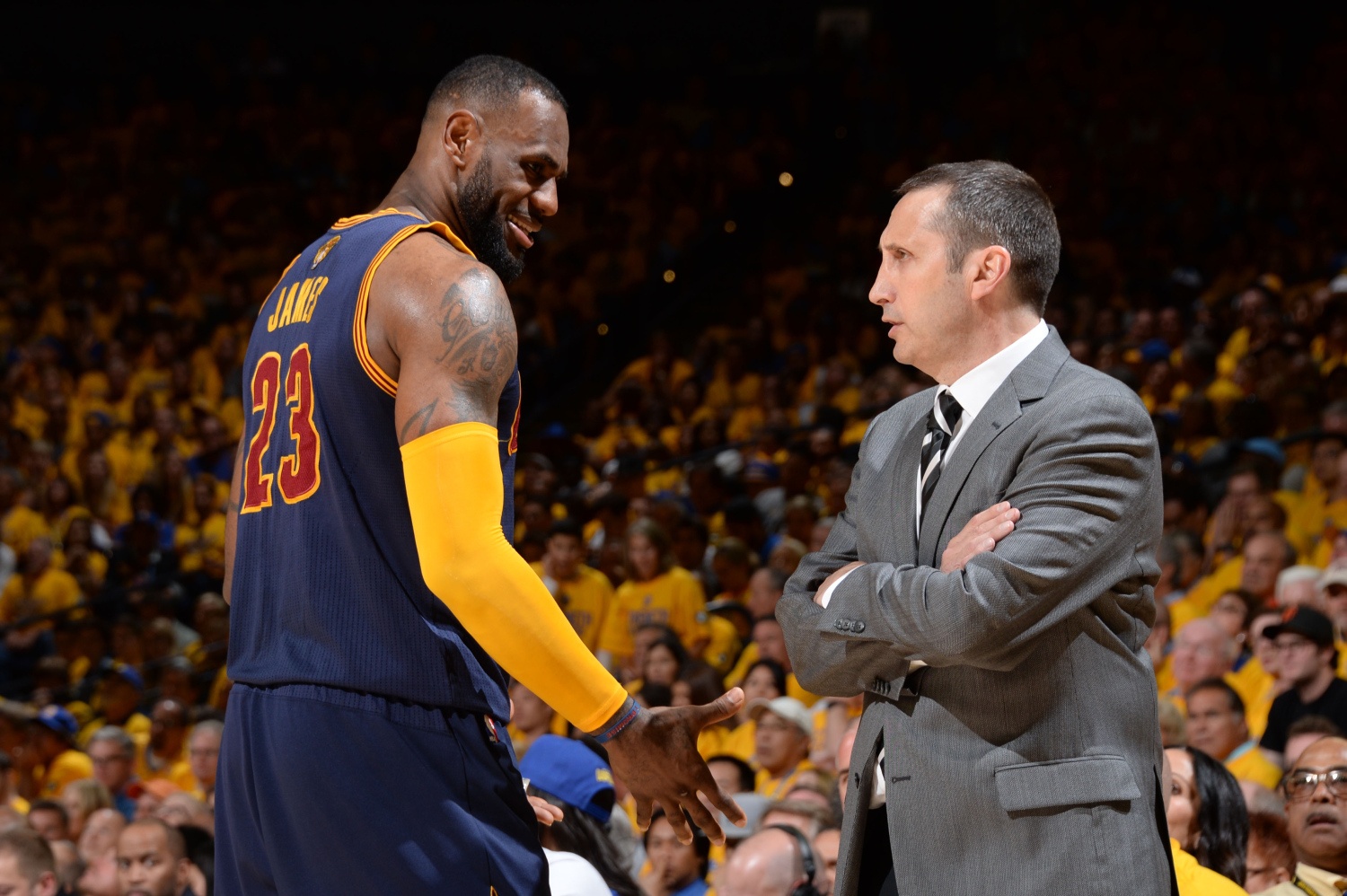 It isn’t a great memory for any Cleveland Cavaliers fan, but the topic of how head coach David Blatt and superstar LeBron James got along made more than a few headlines in the NBA Finals last year. It was not as popular a topic as the Cavs were winning series after series in the Eastern Conference playoffs, but during the finals, it was a nightly topic of conversation.

RELATED: Is David Blatt Under More Pressure This Season To Lead Cavs To A Championship?

Without Kyrie Irving or Kevin Love on the court during the finals, LeBron James was responsible for too much of the offense, and that did not fit with Coach Blatt’s coaching style. There were few other options though, as the Cavs didn’t have anyone else that could create their own offense, at least to the point that it would make an impact against the Golden State defense.

The relationship was scrutinized intensely. Each moment where it appeared that James was disrespecting his coach was analyzed, and assumptions were made about the relationship that the two have, and the level of respect that James had for Blatt. On a few occasions, LeBron James was seen in the huddle cancelling the play that Blatt was drawing up, and instead re-directing the offense on his own the way that he wanted it to run. Coach Blatt took the high road publicly and consistently denied any rift between the two, and gave his star player credit for his input in critical situations late in games.

But how has that relationship evolved now that the Cavs are in year two under Coach Blatt? Has it improved or deteriorated? The answer to these questions is most certainly that we don’t know yet, and we won’t likely know until the playoffs.

So far this season, the Cavs are playing a very balanced brand of basketball, which is consistent with Blatt’s former successful teams. They are third in the league in team assists per game. With the exception of Kevin Love’s rebounding and free throw shooting percentage, no Cavaliers player is in the top five of any major statistical category in the NBA.

The season is early thus far, but this is a very good sign for the Cavs because in the process of not dominating the stats columns, they are 7-1 and riding a seven-game win streak. This is impactful to the relationship of LeBron James and David Blatt because the team is playing a style of basketball more closely related to Blatt’s preference, and James is not being asked to do more than he should have to this early in the season.

Both Blatt and James have alpha male personalities. Blatt has routinely dismissed the idea that he is a “rookie” or “first-year” head coach, citing his many successful years coaching overseas. But he also seems to understand the magnitude of LeBron James’ presence in the NBA and in Cleveland, and the Cavaliers superstar should appreciate that.

Remember that when Blatt took the job as head coach in Cleveland, LeBron James had not yet decided to come home. Once he did, Blatt’s and the Cavs’ expectations changed dramatically, and he has handled that well. There will always be questionable decisions made by any coaching staff, but with Blatt, there is very little drama.

RELATED: LeBron James Wears Shorter Shorts For A Cause

As far as this year, Blatt’s second as head coach and LeBron’s second back in a Cavs uniform, is concerned, the answer to how they coexist is so far, so good. But there will be more tests, and through that adversity we will begin to see more of each of their personalities, their leadership styles, and how they persevere for the good of the team. If there’s another thing, or things, sure to happen, it’s that there will be more headlines.