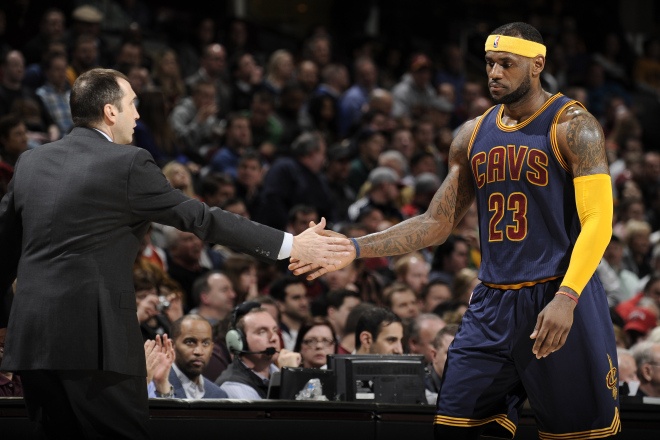 The Cleveland Cavaliers entered their recent matchup against the Golden State Warriors as an elite defensive team. In fact, they limited the Houston Rockets to 77 points in the final game of their extended road trip. But the Warriors arrived at the Quicken Loans Arena with a personal mission after getting trounced by the Detroit Pistons in their last game.

RELATED: Warriors Show Up And Beat Down Cavs While Teaching Lesson

This was not only the Cavaliers’ lowest point of the season, but also one of LeBron James’ most embarrassing games in his illustrious 13-year career. In his article for ESPN, Dave McMenamin quoted James on what this loss meant to the team.

“Tonight was an example of how far we’ve got to go to get to a championship level.”

“Against the top teams, you want to play well, and we haven’t done that. We’re 0-3 versus the top two teams in the West. We’re 0-1 against the Bulls so far. We’ve got to play better basketball. We’ve got a long way to go.”

“We’ve got to face up to that and use that as a new starting point to improve ourselves.”

James and Stephen Curry, the league’s reigning Most Valuable Player, were supposed to duke it out and showcase their impressive gifts on the floor. But it became a one-sided affair in favor of Curry, who outworked not only James, but also Kevin Love and Kyrie Irving combined.

Meanwhile, coach David Blatt was quick to admit, as per the Akron Beacon Journal’s Jason Lloyd via Twitter, that the game was lost early on the mental aspect.

Blatt: "We had a breakdown and didn't respond." Said they weren't ready mentally and he takes responsibility

This was very true as the Warriors jumped in on the Cavs right from the beginning and never looked back. The home team seemed as if they played without any sense of pride. They were outwitted, out-hustled, and became victims to Golden State’s insane shooting.

RELATED: After Embarrassing Defeat, LeBron James And The Cavs Are Still Poised To Bounce Back

But despite the low point, the Cavaliers now have in front of themselves an opportunity to reassess where they are mentally. Obviously, there’s nowhere to go but up. 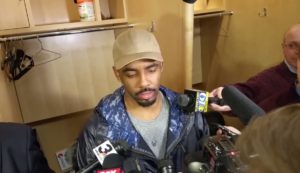