LeBron James, Cleveland Cavaliers superstar, and Chris Hardwick of www.nerdist.com, have teamed up to create a new family-based game show for NBC called “The Wall.”

The Wall is a fast-paced game show, featuring an enormous four-story high wall. Contestants will drop balls from the top of the wall in a “Plinko” style format. The stakes will be high. Every episode, participants will have the chance to win $12 million.

The rules are fairly straightforward. If contestants answer a question correctly, a green ball falls down the wall; where it lands will add the value of the slot to the players’ winning total.

If a contestant happens to answer a question incorrectly, a red ball will fall down the wall. Whichever slot the ball lands in, the value is then deducted from that team’s total.

Hardwick, along with Andrew Glassman and Maverick Carter, are the creators and Executive Directors of the new show.

In a recent article with www.nerdist.com, Hardwick weighed in on the opportunities the new show gives contestants, saying:

There’s highs and there’s lows and there’s heartbreaking moments but then in a second, it can all change. And that’s exactly the kind of journey, I assume or hope people take away from this show, is being able to experience that.”

On January 2nd, NBC will air a sneak-peak preview of The Wall at 8:00 p.m. The show will officially debut on Tuesday, January 3, at 8 p.m. 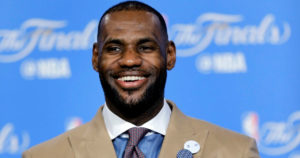