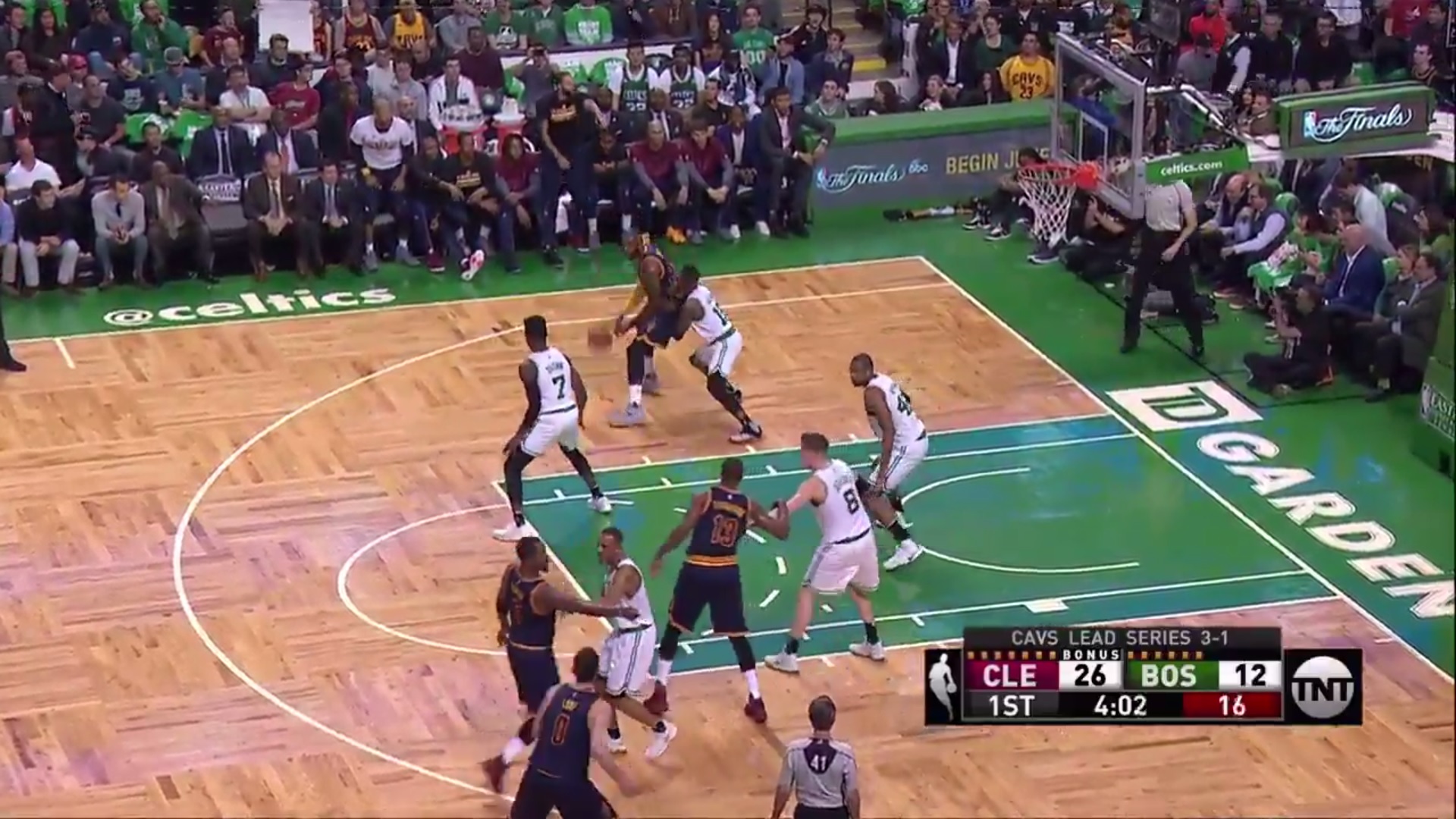 LeBron James was back to his merciless self during Game 5 at the TD Garden, making the most of his mismatch on the high post with Boston Celtics point guard Terry Rozier and getting as high a field goal percentage shot as he can get, stuffing it home off the drop step with no regard for human life.

Mouse in the house… #NBAPlayoffs pic.twitter.com/RXCt4lwScn

For those questioning his health due to the alleged “bug” that was going around the Cleveland Cavaliers‘ practice facility — he’s either run over the bug or kicked it to the curb with a dominant first-half performance.

King James poured in a game-high 20 points on a pristine 7-of-8 shooting by the half, with no sweeter play than his total ownage of the 6-foot-1 Rozier, who was caught in the wrong place against the wrong man.