LeBron James is now expanding his portfolio to a TV series that will showcase his rise as a youth basketball player in Akron, Ohio. It’s called “Becoming,” and it will contain never before seen footage of the King’s AAU and youth days. As LeBron’s TV character goes pro, footage of other superstars who rose to the top with LeBron is included in future episodes. It has been confirmed that ESPN 30 for 30 directors John Dahl, Libby Geist, and Connor Schell will be working on the show, which adds legitimacy and expected quality of the show. The show is meant to be inspirational, uplifting young kids and basketball players all over the country.

LeBron James had this to say about his new show: “It was the stories about Michael Jordan, Deion Sanders, and Allen Iverson that kept me dreaming. When I learned that they had some of the same struggles and challenges I did, it made everything seem possible. That’s what ‘Becoming’ is all about”. LeBron James is trying to expand his potential as not just a basketball icon, but also a media icon. Already having his own shoe brand, being featured in Gatorade and McDonald’s commercials, King James is now looking forward to being a TV personality to become a face to inspire the younger generation. 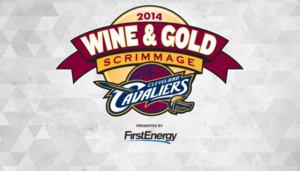