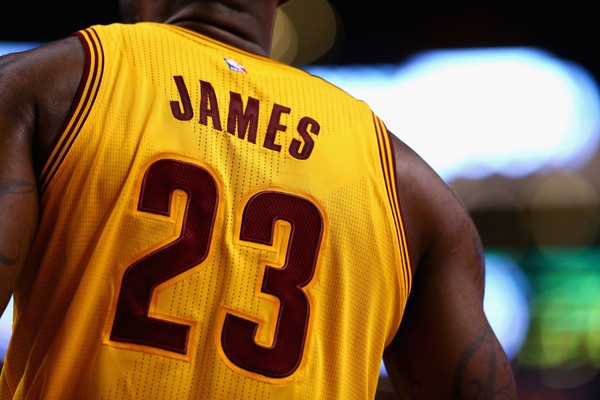 Cleveland fans will forever remember the day LeBron James decided to leave his hometown team and join the Miami Heat back in 2010. Not only did he abandoned the team that drafted him, but with “The Decision” airing on national TV, they felt the pain of being “betrayed” even more.

Fans unforgettably burned the Cavaliers star forward’s jerseys and even filmed it. However, little did they know that he would return to their team four years later and bring the championship he promised to the city. His move back to Northeast Ohio made him dearly loved once again and some of his supporters regretted putting his uniform in flames.

One fan watching the Cavs’ road game on Wednesday against the Denver Nuggets noticeably sported a burnt James jersey, but still wore it proudly. He simply ignored the obvious holes that were on the uniform and even held a fan sign for his favorite player.

Although it’s still a mystery what exactly happened to the jersey, there’s also a possibility that it wasn’t burned back in 2010 as he was wearing a newer jersey. Perhaps a bad ironing experience caused it to look that way.

Whatever the exact reason may be, props should still be given to the fan as he did not mind what others might say to him despite the condition of his jersey. It also goes to show how much The King means to his fans and the impact he has on the sport. 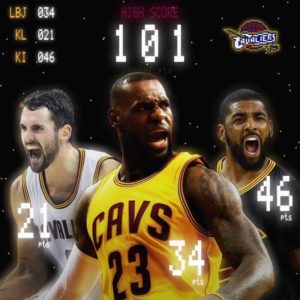 JUST IN: Cavs Big 3 combined for most points in franchise history by a trio
Related TopicsCavaliersLeBron James