What did we learn from the Eastern Conference Finals? 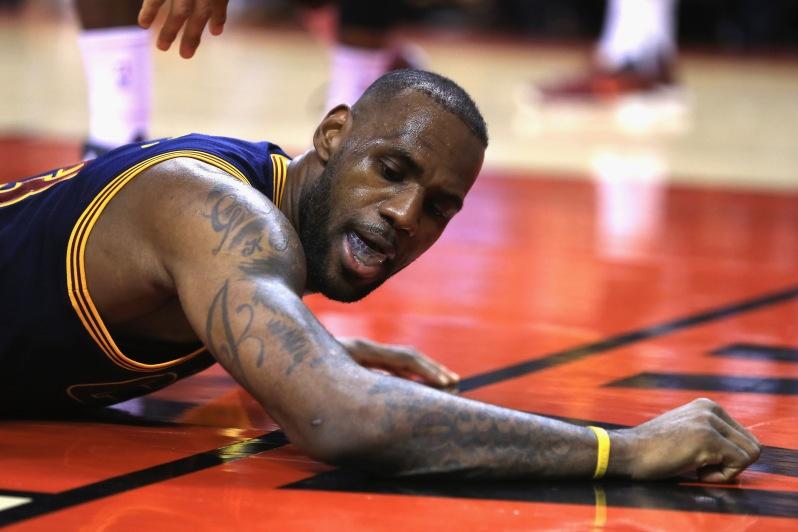 In late January, even as Kyle Lowry was being voted in as All-Star starter on a barrage of iPhone retweets and Demar DeRozan selected as an All-Star reserve guard, the Raptors were rolling. Led by the elevated play of their All-Star backcourt, Toronto had won 16 of their last 20 and was hoping to extend an 11 game win streak. All while keeping envious eyes on the Eastern Conference 1 seed, and knowing what it could mean in the postseason. Though firing off four straight wins to end the season while Cleveland lost three of their last four, their bid to jump Cleveland in the standings was too little and too late.

Fast forward to the Eastern Conference Finals, and the Raptors’ fear has become reality. The two-seed enjoyed home court advantage in the first two rounds of the playoffs. Two series in which they were able to clinch in Game 7 at home. Two series with a grand total of two home losses. The lesson here is clear. These Raptors play very differently at home in the playoffs.

The home team has won all 8 games b/t @cavs + @Raptors this season (reg. season + #NBAPlayoffs)

Some might say the Raptors should’ve tried harder for that 1 seed and focused less on resting key players down the later stretch of the season. After all, they finished only 56-26 behind Cleveland’s 57-25. And, with a 2-1 record against Cleveland, they would’ve won the tiebreaker. Ultimately, however, they made the decision to rest some or all of their backcourt in several late regular season games. And, it’s no guarantee that Lowry and DeRozan could’ve delivered a win had they played in a key loss to the rolling San Antonio Spurs.

Moreover – that rest ended up being sorely needed. Due to their penchant for overtime-riddled seven game playoff series, Lowry and DeRozan have now each played over 700 playoff minutes. For comparison, Lebron James has played 488. And not without consequence – both Toronto players have battled lingering injuries through the 18 game stretch and shot very poorly at times.

In the first two games of the Eastern Conference Finals, Kyle Lowry took 15 shots from beyond the arc and made one, while shooting in Games 3 and 4, he shot a blazing 14-20. And in the Cavalier blowout in Game 5, he regressed back to 5-12 from the field. 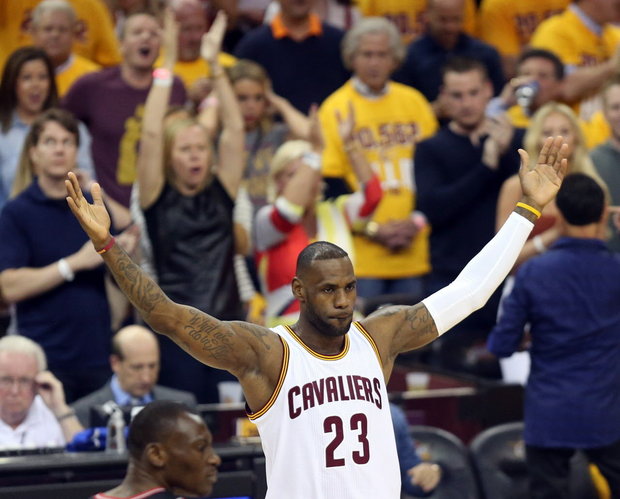 Demar DeRozan had more consistent production through the first four games of the Conference Finals, shooting a stellar 43-82 from the field with his typical mid-range and slashing game. However, due to the Cavaliers’ surge and JR Smith’s aggressive defense, that dropped to 25% shooting in Game 5.

Cleveland’s Big 3 also showed an efficiency jump at home. James, Irving, and Love balanced out a dismal combined 40% shooting performance on the road with 62% at the Q. In particular, the 3 point shooting jumped from 26% on the road to 40% at home.

What does this mean for the Cavs? The Oklahoma City Thunder are currently holding a 3-1 lead over the Golden State Warriors, and will likely represent the West in the NBA Finals. And in a potential Finals matchup with the Cavs, the Thunder’s 55-27 record compared to the Cavs’ 57-25 means the Cavs will hold home court advantage. That will ultimately be a valuable tool for the Cavs not only to be at home in a very possible Game 7, but to try to build initial momentum from the first two home games.

Toronto hosts Game 6 of the Eastern Conference Finals will be at 8:30 PM EST on ESPN.

All stats via Basketball Reference.