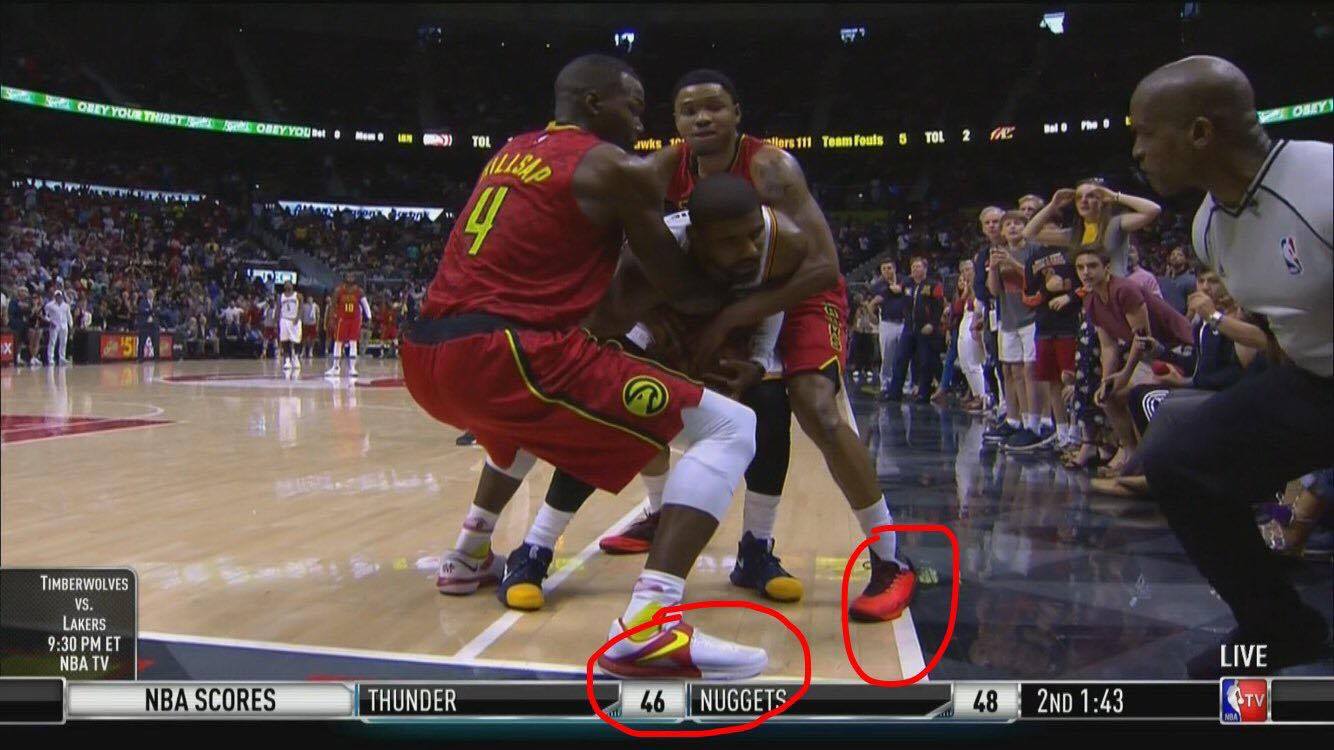 The Cavs have just one game remaining in the NBA season against the Toronto Raptors, but there’s still some talk regarding Sunday night’s terrible loss to the Atlanta Hawks.

With a chance to capitalize in their chase for home-court advantage, the Cavs entered the fourth quarter of their road matchup against the Hawks up 26 points. In a matter of minutes, the lead was trimmed to single-digits, and by the end of the fourth quarter, a couple of bad calls paired with horrible play by the Cavs down the stretch allowed the Hawks to tie the game with a buzzer beating shot by the hands of Paul Millsap. In the overtime session, LeBron James fouled out, and the Hawks willed themselves to a 126-125 victory.

While there’s absolutely no excuse for the meltdown the Cavs had defensively OR offensively in that final period, the officiating crew all but ensured the Cavs couldn’t close the game out and win. The league posted the Last 2-Minute Report for Cavs-Hawks, and it revealed a trio of calls that disadvantaged the Cavs down the stretch. Here are the calls in question:

– 5.9 seconds left in 4th quarter – CLE 111 ATL 109: Kent Bazemore and Paul Millsap double-team Kyrie Irving in the corner and force a jumpball. NBA says no jump-ball should’ve been called because both Bazemore and Millsap stepped out of bounds while coming into contact with the ball. The jumpball, which gave the Hawks controlled, allowed Millsap to hit the game-tying shot at the buzzer.

– 12.3 seconds left in overtime – CLE 120 ATL 123: Kyrie Irving drives to the basket, makes the layup, and gets fouled by Paul Millsap, who attempted to take a charge. The officials ruled it an offensive foul on the floor, but the NBA said Millsap was still moving/sliding under Irving when Irving was airborne and taking the shot. It should’ve been a blocking foul with Irving going to the line for a chance to tie the game.

Considering the amount of physicality the officiating crew allowed in the game, it was very surprising to see LeBron James’ sixth foul, which on multiple replays showed minimal-to-no contact at all, somehow ruled a correct call. The NBA’s reasoning said James pushed Millsap before he was airborne. James is the smartest player in the game; he was fully aware that he had five fouls and did not want to pick up his sixth.

It’s really hard to blame officials when a team loses in such a horrid manner. Two calls in the final 32 seconds of the fourth may have drastically changed the game in favor of the Cavs. Then again, actually holding even a portion of their 26-point lead while playing hard in the fourth quarter would’ve also drastically helped the Cavs. 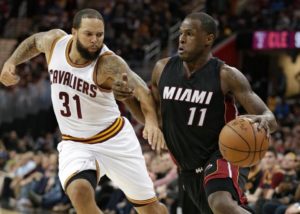