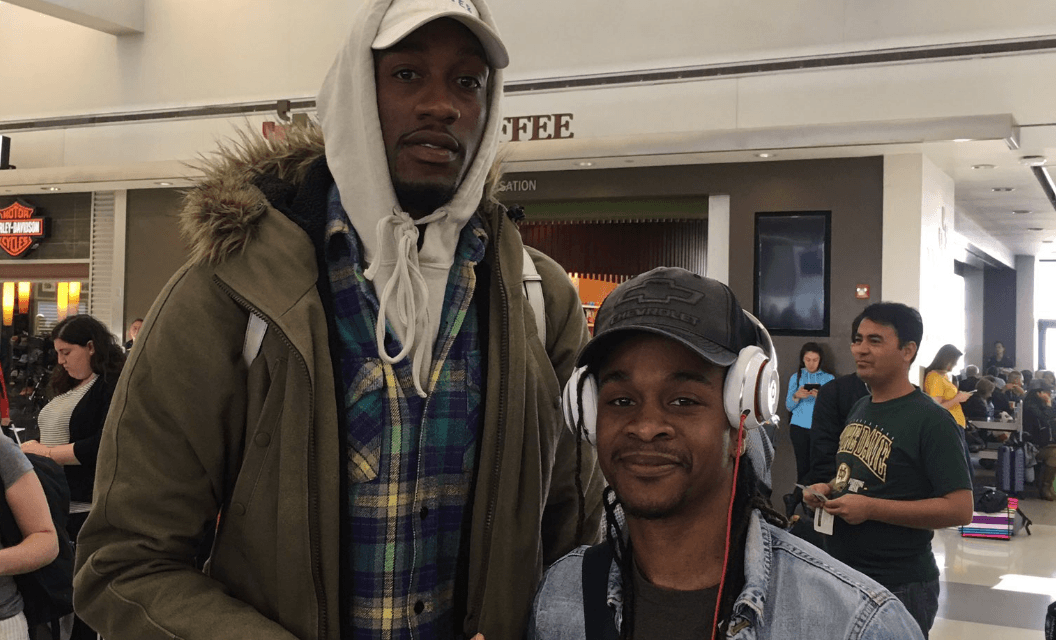 When the Cleveland Cavaliers looked at their options at center last week, they opted to sign Andrew Bogut, a seasoned veteran, instead of the shot-blocking center in Larry Sanders, who hadn’t played in the NBA in over two years.

As luck would have it, Bogut lasted just 58 seconds in his Cavalier debut, putting the Cavs right back at square one. Without a true center on the team, the Cavs have reportedly engaged in serious contract discussions with Sanders on Friday evening.

Former NBA center Larry Sanders and the Cleveland Cavaliers are in serious discussions toward a deal, league sources tell @TheVertical.

On Saturday, Sanders posted a photo on his Instagram account saying goodbye to the city of Los Angeles, where he’s been living over the past couple years. On Sunday afternoon, Sanders was spotted at LAX (L.A.’s international airport) where he spoke to and took a photo with a fan headed towards Cleveland. According to the fan, Dennis Wells, who was also headed towards Cleveland and tweeted out the photo and interaction with the 6-foot-11 center, Sanders was indeed headed to Northeast Ohio to join the Cavaliers.

He told me he's coming to Cleveland I swear to god pic.twitter.com/Uz7Y6ZNljN

i said "hey Larry how's it going, are u coming to Cleveland man?" With a smile, then he chuckled and said yes. I told him I

was from Cleveland and is On my way back home, then he asked me about the flight we were about to board. He was waiting

at the United gate at LAX

The Cavs head home following a three-game road trip where they’ll take on the Detroit Pistons on Tuesday night. There’s no word on whether or not they’ll have Sanders available or, although all signs point to it if he’s even officially going to The Land. The situation will certainly be fun to monitor in the coming days.