Larry O’Brien Trophy Is Currently Making The Rounds, Where Will It Go Next? 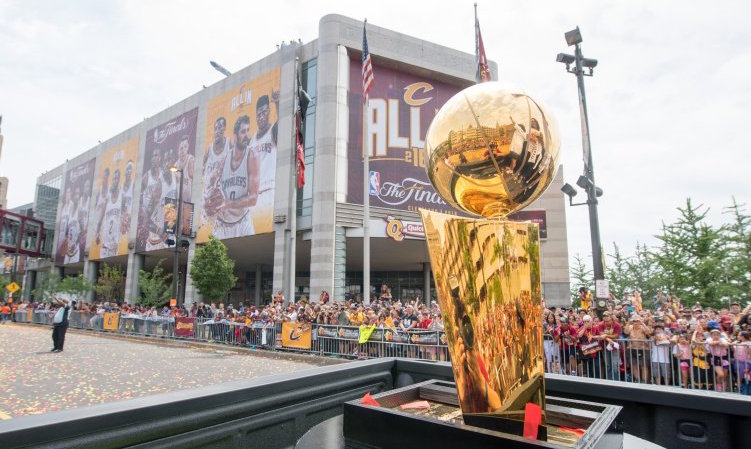 The Cleveland Cavaliers’ journey to the promised land has already ended, with fans from all over the world sharing an avalanche of emotion upon seeing LeBron James fall to the floor in tears over what they have just accomplished.

RELATED: Cavs Receive Seven ESPY Nominations, Here’s How, And Why, You Should Cast Your Vote

However, the hardware that signifies their victory, the Larry O’Brien trophy, is only at the beginning of its journey.

After getting drenched in champagne, parading the streets of downtown Cleveland, and being present in a get together of James and his high school teammates, the championship trophy will then be taken to the Bridgestone International, per Jen Steer of Fox8 Cleveland.

The third and final rounds of the Bridgestone Invitational are this weekend at Akron’s Firestone Country Club.

But there will be a special guest among the world’s best golfers. The Larry O’Brien NBA Championship Trophy will be inside the main entrance on Saturday and Sunday.

Fans can have their photos taken with the trophy once it arrives at its next destination. Meanwhile, tickets to the event can still be purchased on this website.. 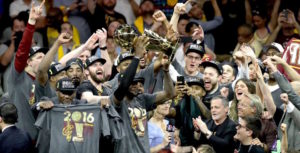 JUST IN: Cavs Receive Seven ESPY Nominations, Here’s How, And Why, You Should Cast Your Vote
Related TopicsCleveland CavaliersNBA Championship