Collin Sexton showed out in the Las Vegas Summer League Tournament. Backing down from no one, he rose to First-Team and carried the Cavaliers to the Semifinals without key roster pieces like Cedi Osman and Ante Zizic. And if it wasn’t clear, he enjoyed every moment of it.

Collin Sexton is a DOG!

The man he served that sumo staredown for was Laker sophomore Josh Hart, who scored an impressive 37 points to end the Cavs’ tournament dreams in double overtime.

After the game, Larry Nance Jr. took to Instagram Story to playfully kill two birds with one stone: asserting his Cleveland pride while roasting his former teammate Hart. 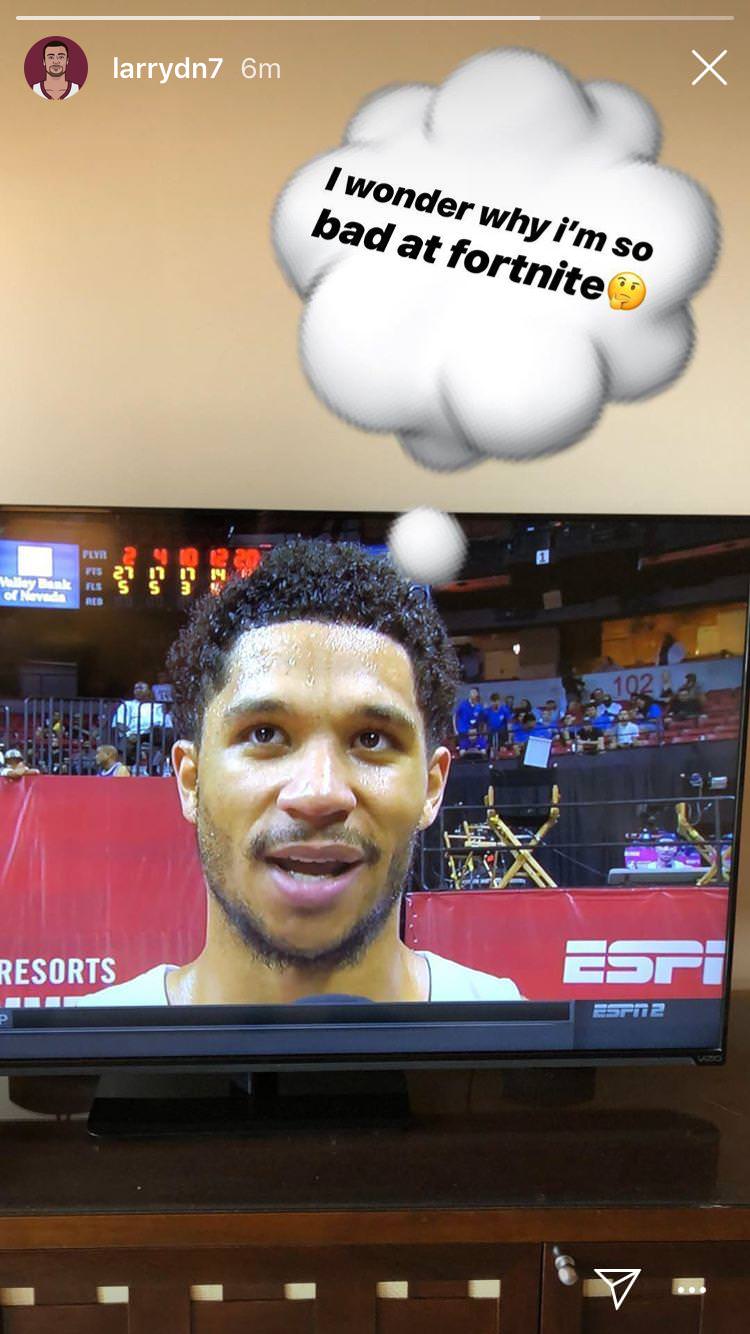 Self-proclaimed as the Fortnite King of the NBA, Josh Hart likely took this personally. While next year’s schedule isn’t known, it will be months before Hart and Nance meet for a regular season matchup. They could also cut to the chase and squad up online – that is if Josh Hart is looking to get carried.