Lakers could spoil Cavs-Pacers talk if it gains further steam 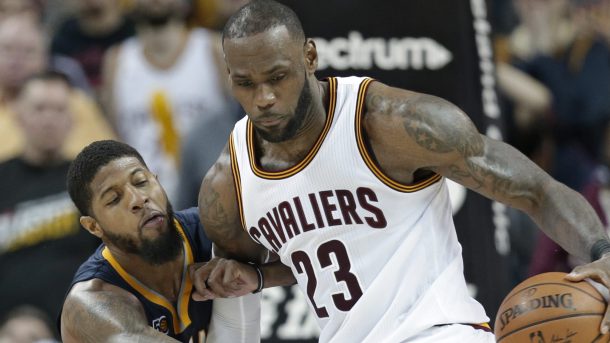 The NBA world simply doesn’t stop. The season has just ended but it’s never too early to look to next season to improve and try to obtain elite NBA status. Phones are ringing, conversations are happening, front offices are in overdrive and agents are calling around as the off-season frenzy has well and truly begun.

At the heart of everything this summer will be Indiana Pacers’ superstar Paul George. As George’s upcoming free agency is pending come 2019, the Pacers star has informed the franchise that he plans on leaving come free agency to sign a mega deal elsewhere. This new information has put the Pacers in a peculiar position and they must decide between holding onto George as long as they can but eventually losing him for nothing, or entertain offers to trade him now and get something in return as a part of their rebuild. The latter seems inevitable as the the new information given from George has put the league on notice.

The hunt for “PG13” is already a hot one, with the Cleveland Cavaliers, Miami Heat, Boston Celtics and Los Angeles Lakers among the names where George could potentially land. The versatile wing-man will be a massive coup for whoever is fortunate enough to receive his services, but it’s the former world champion Cavaliers who have been aggressive early on.

Early yesterday morning news broke that the Cavs and Pacers had organised opening discussions on a potential trade for George. An obvious candidate to perhaps be a part of the deal is Cavs’ forward Kevin Love, who has struggled to fit in at times and consistently faulted against the Cavs’ biggest obstacle – the Golden State Warriors.

George fits more nicely with the Cavs in the hopes of taking down the Warriors, as his versatility, length, ability to guard Kevin Durant and elite scoring can considerably help the Cavs to wrestle back their crown. His admiration for LeBron James may prove another factor in his decision to come to Northeast Ohio, but the Cavaliers may face some stiff competition, as the Lakers patiently wait in the wings to potentially make a huge play for the small forward.

Two NBA sources expect Lakers to parachute into Paul George talks if the Cavs are closing in on a deal. Unclear if #2 would be on the table.

The war for George has only just begun but looks as though it will be a long summer of negotiating and convincing in the hopes of capturing the all-star. Reports have surfaced from friends of George that his preferred destination is the bright lights of LA, but the ability to compete for a championship with the best player in the world may be an opportunity he can’t refuse, even if it’s just for one season.

Despite outside interest, the Cavs may be fully aware they need the Pacers’ superstar to take down the powerhouse Warriors out West, so don’t be surprised if the Wine and Gold do everything possible to land the superstar inside Quicken Loans Arena.

The time is now, the pursuit for George is on. 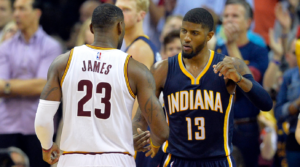