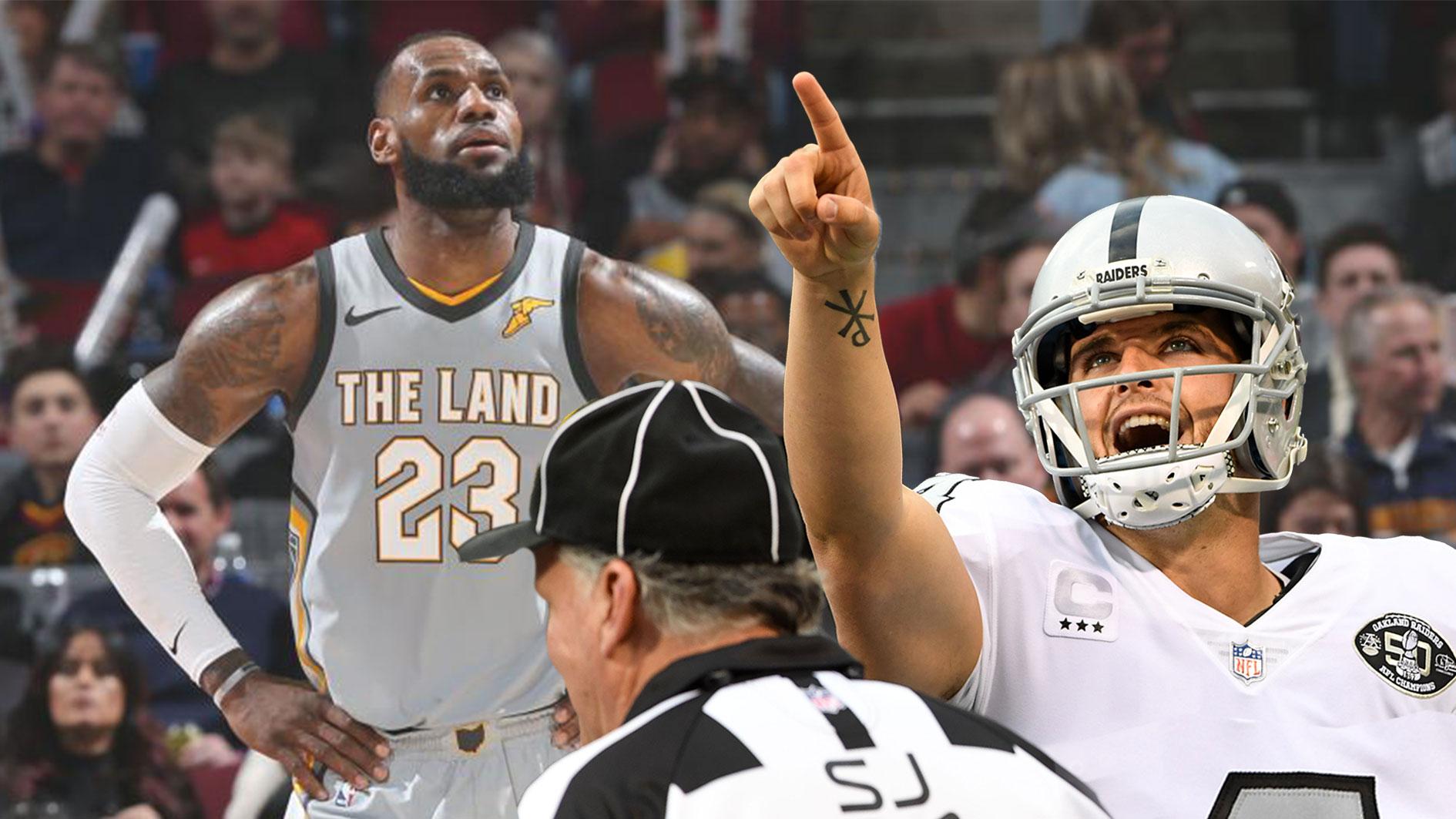 Amidst the revamp the Cleveland Cavaliers pulled off ahead of Thursday’s trade deadline, it left a lot of questions for the franchise in the future. The biggest one is if the moves they made are enough to make LeBron James re-sign with them this summer, once he opts out of his current contract with them. Teams around the league are expected to go after him, but Derek Carr is already starting to recruit him to the Los Angeles Lakers.

The Oakland Raiders quarterback recently took to his Twitter account to try and convince him to “come home” and join the Lake Show. He then added that it will be his chance to make the Cavs regret losing him and could bring him more championships in the future.

@KingJames I know you’re hot right now bro, but come on home to the #LakeShow and make the cavs regret losing you… again…
💍💍💍💍💍💍🤷🏻‍♂️😁

The Cavaliers and Lakers were trade partners on Thursday as they swapped Jordan Clarkson and Larry Nance Jr. for Isaiah Thomas, Channing Frye and a first round pick. Interestingly though, James could be re-join his former teammates in La La Land should he ultimately decide to represent the Purple and Gold during free agency. It would definitely change the landscape of the NBA, and the Lakers will instantly become title contenders with The King in their fold, coupled by signing another max player. They can also address their need to bolster any position in their lineup with the first round selection they now own.

A lot of things are still bound to happen before James makes his decision. However, Carr knows that he’s not losing anything with his tweet, and it could even help the Lakers as the former back-to-back MVP knows that the players of the city’s other pro sports teams also want him there.