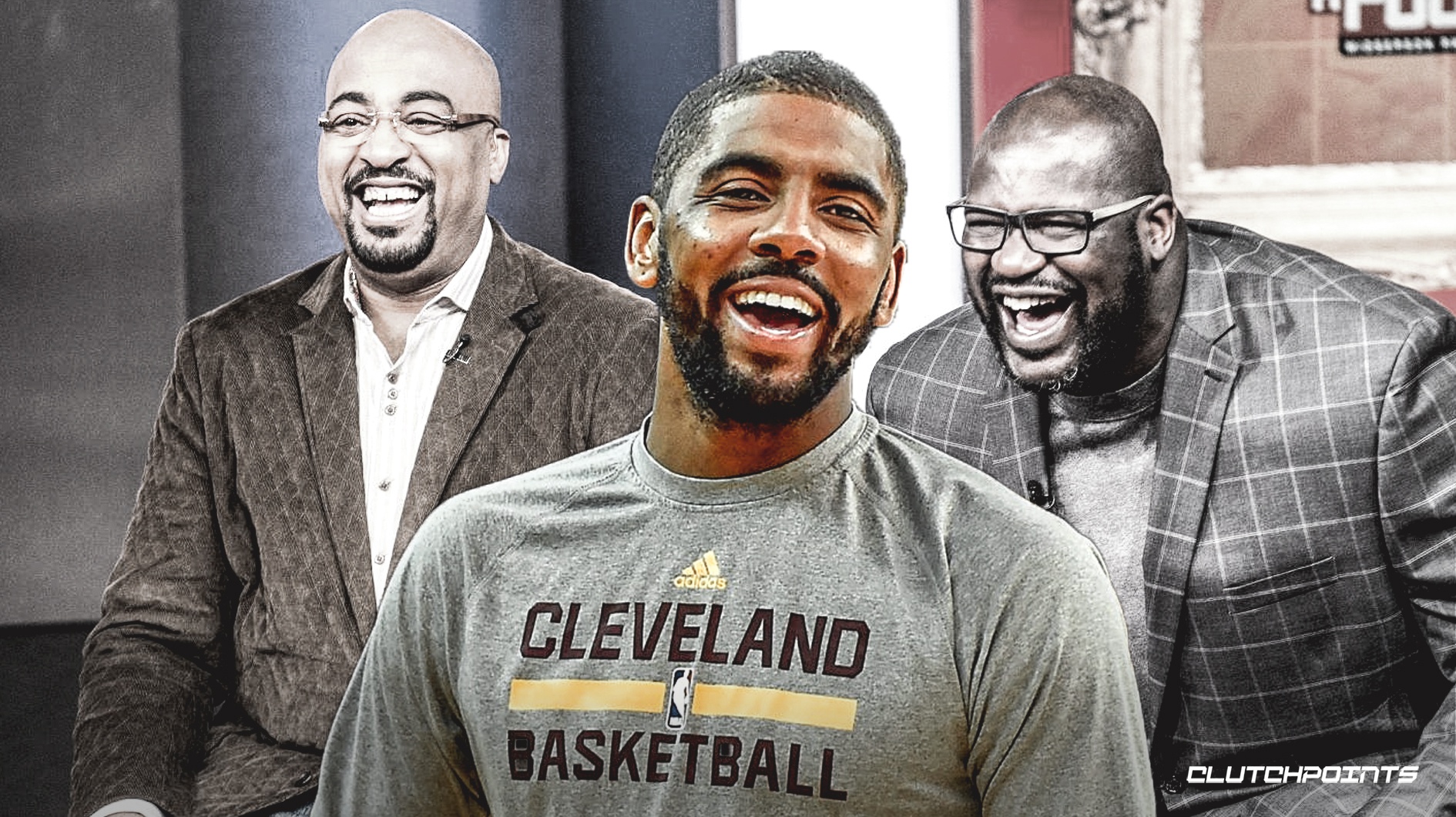 During his time with the Cleveland Cavaliers, Kyrie Irving had his share of highlight-reel moments. He and LeBron James formed a potent duo that helped the Cavs win their first NBA title in franchise history in 2016.

But as great as Irving was in Cavs Wine and Gold, he also had his share of Shaqtin’ A Fool moments.

If you recall, TNT once aired a segment highlighting several un-Kyrie-like moments during his Cavs tenure. Don’t get us wrong: We’re not trying to make fun of him now that he’s with the Boston Celtics. Recalling Kyrie’s Shaqtin’ A Fool moments just allows us to see the less serious side of the game:

As for our criteria, we will rank these episodes on how funny they are. The funnier they are, the better.

During Game 3 of the second round of the 2016 playoffs, the Cavs trailed the Atlanta Hawks 52-47 with 4:28 left in the first half. Irving got the handoff from Tristan Thompson near the left baseline. The Hawks’ Jeff Teague guarded Irving closely, trapping him in the corner.

As Irving held the ball above his head, Cavs head coach Tyronn Lue called a timeout. Even after the referee whistled the play dead, Irving kept faking and pivoting on the exact same spot where Teague guarded him. It was as if he was trying to get past an imaginary defender. All it did was elicit a stone-faced reaction from Lue. Shaq and the “Inside the NBA” crew felt otherwise.

Behind James’ 24 points, 13 rebounds, and eight assists, the Cavs went on to dismantle Atlanta, 121-108, to grab a 3-0 series lead. Cleveland went on to sweep the series on its way to winning the Larry O’Brien Trophy.

A year later, Irving and the Cavs were determined to defend their NBA crown. After sweeping the Indiana Pacers in the first round, Cleveland faced the Toronto Raptors, who finished with a 51-31 win-loss record behind the Kyle Lowry and DeMar DeRozan tandem.

Game 1 tipped off at Quicken Loans Arena. With just under 11 minutes to play in the first quarter, Lowry drained a 3-pointer to put Toronto on the board. Uncharacteristically, Irving was the last Cavs player to get back on defense.

Yes, bugs. Irving was busy tugging on his jersey and shooing away an insect or two. As a result, he was a complete liability on defense. Lue was stunned on the sideline. His reaction was enough to make fans laugh their guts out. For their part, Lowry and Co. had to thank that critter for that trifecta.

Unfortunately for them, Cleveland bested Toronto, 116-105. Irving finished with a double-double of 24 points and 10 assists.

1. Laying It Up Over The Backboard

Boston Celtics Hall of Fame forward Larry Bird hit an incredible over-the-backboard shot during a preseason game against the Houston Rockets in 1986. While it didn’t count, that shot turned heads the world over. Many basketball players have tried to hit the same shot in playgrounds since then.

On Feb. 28, 2017 against the Milwaukee Bucks, Kyrie Irving did the exact opposite of what Larry Bird did almost 31 years earlier.

With just a couple of minutes left in the game and the Cavs leading by 11, Irving was at the top of the key. He dribbled to his left and got past former teammate Matthew Dellavedova. Irving only had Bucks center Greg Monroe to beat. Since Monroe had an eight-inch height advantage, Irving tried to lob a left-handed floater over him. Easy two points, right?

Unfortunately, Irving miscalculated the shot’s arc as it went over the backboard and out of bounds. Television cameras quickly zoomed in on his teammates (including an injured J.R. Smith), who busted up laughing on the bench.

Their reaction was enough for us to rank this the No. 1 Shaqtin’ A Fool moment of Kyrie Irving during his memorable six-year tenure with the Cleveland Cavaliers. On the bright side, his brilliant moments with the Cavs far outweighed the awkward ones.

On a side note, the Cavs beat the Bucks, 102-95. Irving finished with 25 points and nine assists.