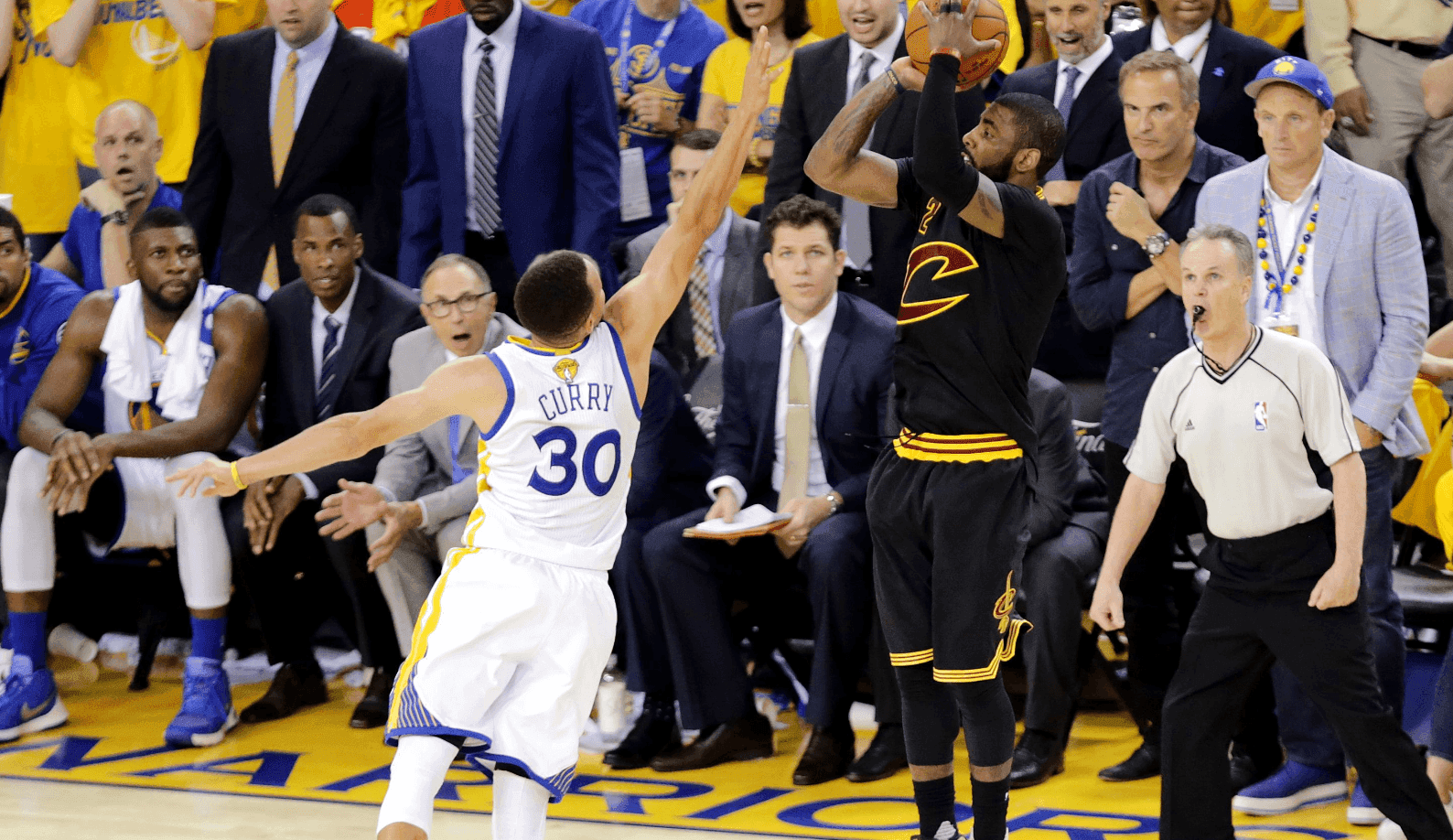 When discussing the most clutch shots in NBA history, we often look at game-tying or game-winning shots. The most memorable ones arguably came from Michael Jordan and Ray Allen; that is, until this past summer when Kyrie Irving hit a three-pointer over Stephen Curry to give the Cleveland Cavaliers a three-point lead over the Golden State Warriors with under a minute to play.

For Cavs fans, that shot was the most clutch shot in franchise (and probably Cleveland’s) history. After failing in last season’s Finals without the services of their two All-Stars in Irving as well as Kevin Love, the shot put the Cavs just over 50 seconds away from their first title in team history and first in 52 years for the city of Cleveland.

According the the Wall Street Journal, however, its Irving who, mathematically, holds the tite of ‘most clutch shot in NBA history’ due to its drastic championship probability change.

The analysis showed that Irving’s shot wasn’t especially notable by win probability alone. But championship probability is where it stood apart.

To get championship probability from win probability is simple arithmetic: win probability multiplied by championship value. Dave Studeman, the former manager of the Hardball Times, an analytical baseball website, assigned a rough value to every game in the MLB playoffs, which the Journal applied to the NBA postseason. Game 7 in the conference finals, Game 5 in a tied Finals and Game 6 in the Finals are worth 50% of a title—and Game 7 is worth 100%.

There haven’t been many Game 7s, though, and many of those Game 7s haven’t been close. The 2016 Finals were the exception.

Cleveland’s win probability when Lue called timeout was a coin flip: 50.2%. It inched upward with every dribble and spiked when Irving shot. Cleveland’s likelihood of winning the game—and the NBA title—was suddenly 82.3%. That change in championship probability was, according to the Journal’s analysis, the largest swing the league has ever seen.

‘The Shot,’ alone, increased the Cavs chances of winning by 32.1%, which as the Wall Street Journal notes, is the largest shift in championship probability the NBA has ever had. Partner ‘The Shot’ up with the incredible, likely championship-saving ‘Block’ by LeBron James as well as the unlikely ‘Stop’ by Kevin Love, and there’s simply no denying Game 7 is one of the greatest in Finals history (unless you’re a Warriors’ fan, of course).