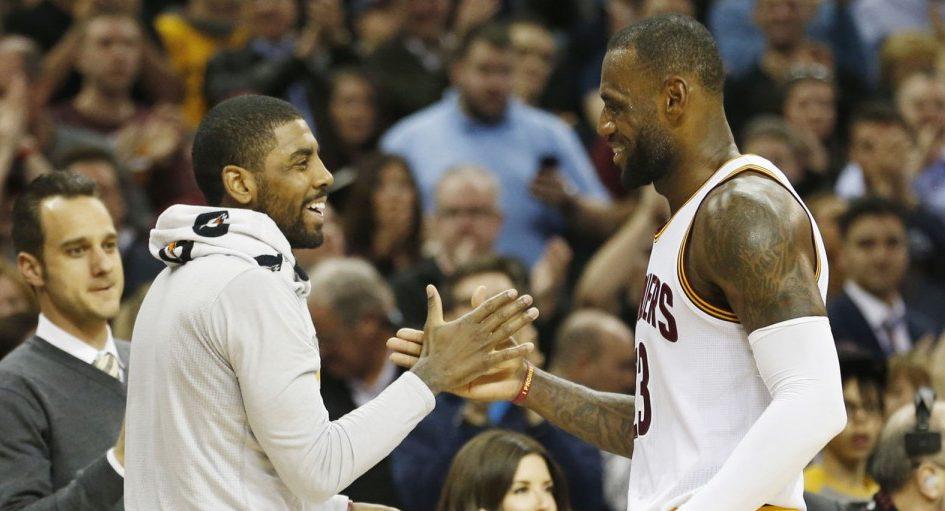 The Cleveland Cavaliers swept the Milwaukee Bucks in their mini series on back-to-back nights.

The Cavaliers were outstanding against the Bucks at home, but the night before the game went down to the wire in overtime as LeBron James‘ heroics lifted the Cavs to a big road victory.

After making two deep threes in the fourth quarter with the game on the line, James inbounded the ball to Channing Frye who handed it right back to him. Then, without any hesitation, James saw his defender go under the screen and pulled up from 33 feet to swish the game winner.

The crowd was stunned, and even some of his Cavs teammates were in awe of what they saw, so much so, Richard Jefferson and Iman Shumpert didn’t initially even celebrate the basket.

With Kevin Love out with a left leg contusion, Kyrie Irving and James were looking to carry the load for the Cavs, and they delivered tenfold. Irving played 45 minutes registering 28 points and James played a massive 47 minutes dropping 34 points and grabbing 12 rebounds.

Jr Smith goes down for 12-14 weeks, Mike Dunleavy steps up for the Cavs

It was indeed a crowd silencer, and both Irving and James have had their fair share of those throughout their careers so far. Despite James drilling the game winner, perhaps Irving wasn’t so sure about the shot selection being so deep in a hilarious reaction right before James let it fly.