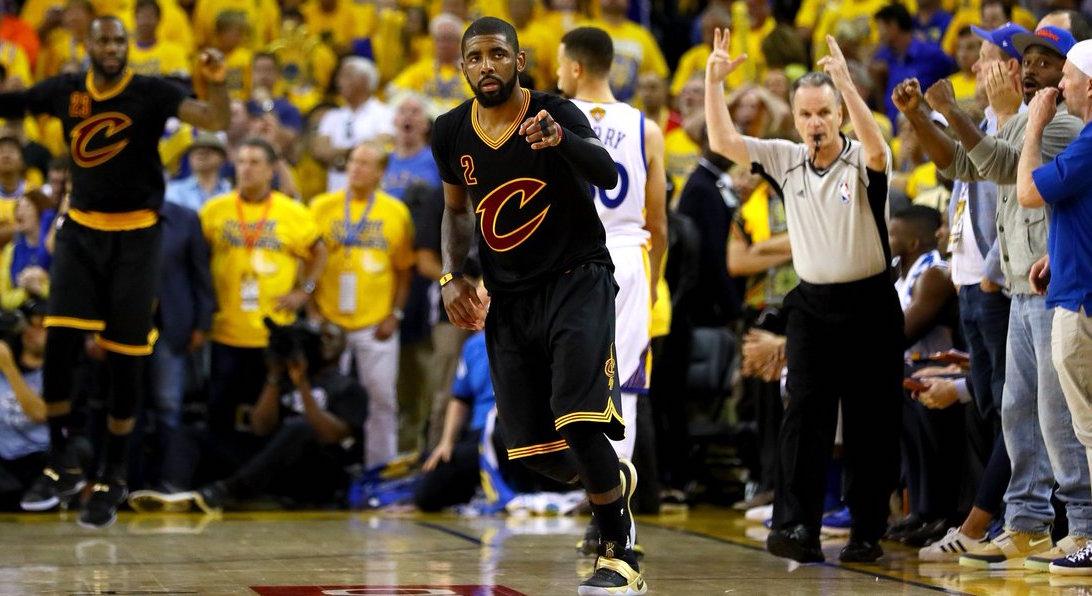 The Shot. Kyrie Irving’s dagger three pointer which immortalized him in Cleveland sports lore. It also allowed the Cavaliers to become part of NBA Finals history as they orchestrated the biggest comeback that the league has seen in the biggest stage.

RELATED: Kyrie Irving reveals how “The Shot” in Game 7 of the NBA Finals changed his life

All the ingredients were in that particular play. Irving was playing with extra fire after being injured in Game 1 of last year’s finals. Meanwhile, on the receiving end of that poster shot was Stephen Curry; the man largely responsible for the Golden State Warriors’ juggernaut run during the regular season.

It was picture perfect for the Wine and Gold’s storyline. However, it didn’t look ideal to the one person closest to Kyrie Irving. In an article for Cleveland.com, Joe Varon wrote about Drederick Irving’s reaction to his son’s epic shot, as told by Jim Chones.

Chones sat in the airport through a two-hour delay with Irving’s father Drederick, himself a former pro in Australia.

“His father said to me ‘well you know he shot that off the wrong foot.’ I said, ‘shut up,'” Jones recalled with a laugh. “He did, he shot it off the wrong foot. Step back 3-pointer, when he only needed 2. That’s the mindset of this kid. He can handle the pressure.”

Given the stakes, it was very hard to imagine who would’ve had the nerve to take that kind of a shot. But it only proves the special talent that Cleveland has in Kyrie Irving.