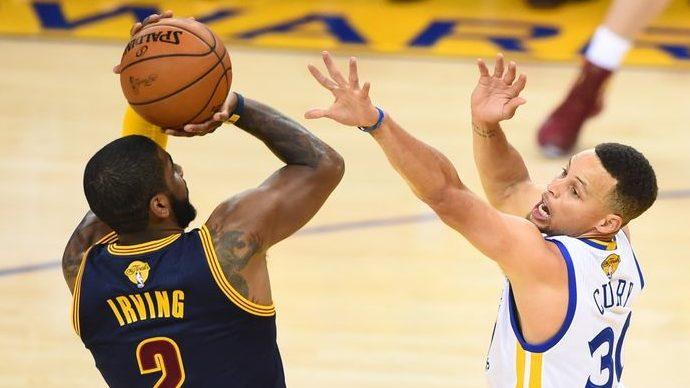 Irving’s shot will unquestionably go down in history as a definitive mark in his career. The crafty ball-handler has previously stated that he draws a lot of his inspiration from Kobe Bryant, former Los Angeles Lakers great, including his willingness to take “The Shot.”

Irving sat down for an interview with Rachel Nichols of ESPN’s The Jump to discuss his affinity for Bryant.

Kobe’s been very infuential in my life, just watching from the outside and now it’s turned into a mentorship. It felt that much better because now I have direction. I started reaching out and asking for help rather than just being a stubborn young player and just trying to figure it out on my own.

“It’s hard to get over your own stubbornness, because you feel that you want to figure out the answer on your own. Ultimately, there were other people put on this world to help you to get you where you need to go or want to go, so why not utilize it?”

Irving being mentored by Bryant, one of the greatest players to ever dribble a basketball, is just another example of his competitive drive and desire to improve. As LeBron James, Irvings Cavaliers teammate, says: “The kid is special.”