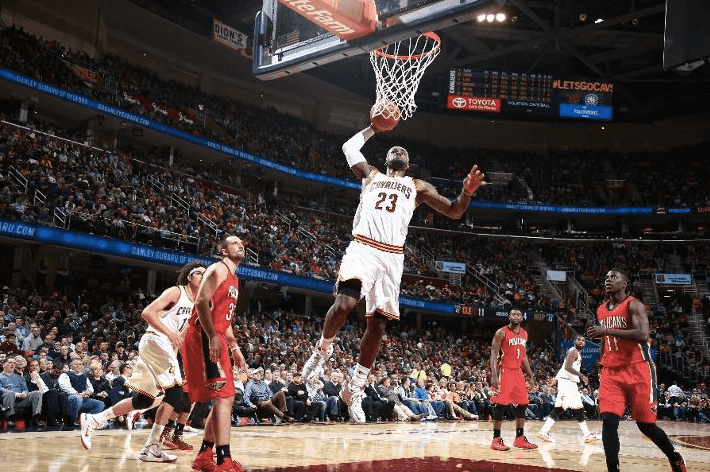 Earlier this month, Nike unveiled the KYRIE 1, which is the first signature shoe for Cleveland Cavaliers Guard Kyrie Irving. Charles Barkley and Penny Hardaway, two NBA greats and Nike signature NBA players, were on stage with Kyrie to bring out the KYRIE 1’s.

{adinserter 2}He is the NBA player to receive a signature shoe deal with Nike since Kevin Durant unveiled the KD 1 back in 2007. In addition, Irving is now one of only four current players in the NBA who have signature shoes, and only the 20th basketball player to ever get his own signature shoe. The other players with signature shoes are Kobe Bryant (currently on the Kobe 9’s), Kevin Durant (KD 7’s), and Cavaliers teammate LeBron James (LeBron 12’s and Zoom Soldier 8’s).

What is worth noting is that Irving is only 22 years old, and that he grew up wearing shoes that were made for his teammate, James.

“I would always buy the LeBrons”, Irving said. “There were so many color ways and so many different inspirations. Now that I’m his teammate, I see where all of this comes from. He’s such a smart guy.”
-ESPN

The shoe’s introduction took place in NYC the night before a MSG matchup against the New York Knicks. Irving’s teammmates LeBron James and Tristan Thompson supported Kyrie at the unveiling, and LeBron added,

“I was there as a friend, as a teammate, as a brother. I know what it’s all about. I’m happy that he’s a part of the signature guys and part of the whole Nike family”.

According to Nike.com, the KYRIE 1 has three primary benefits: quick responsiveness with Nike Zoom Air cushioning, outstanding grip with a 360-degree dynamic traction pattern, and ultra support with Hyperfuse construction.

On the inner side of the tongue is the interlocking “KI”, which is presumably Irving’s new signature logo. Irving’s number (2) is on the back heel of the shoe. “JBY” is written on the bottom of the shoe, which stands for “Just Be You”. This is Irving’s reminder to stay humble through accomplishments.

Additionally, Irving’s mother’s name, Elizabeth, is on the sole of the shoe, along with her birthdate and the day she passed. At the time, Irving was only four years old. Irving credits his drive and accomplishments, past, present, and future, to his mother.

Following the unveiling, Kyrie brought out the KYRIE 1’s against the Knicks the next night, where the Cavs won 90-87 thanks to Mr. 4th Quarter himself. Irving went off for a season-high 37 points, including the game-clinching layup that kissed the glass just out of reach of the fingers of Amare Stoudamire. Irving was in control all game, and following the game, even teammate James called Irving’s play, “Spectacular,” saying that, “Any time we needed a bucket, he made it. Any time we needed some energy, he gave it.” It may be a simple coincidence, but the arguably best performance from Kyrie so far this season came on the night he wore his KYRIE 1’s for the first time, which definitely gave him extra motivation to perform at a high level.

The KYRIE 1’s are available for customization on NIKEiD with many different colors, patterns, and personalization options. There are already many creative color ways floating around the web, designed by individuals wanting the KYRIE 1’s in specific colors. It is all but certain that there will be many more color ways released later-on, including a Christmas day special.

It will be interesting to see how popular the KYRIE 1’s will be. Regardless, Irving is definitely one of the faces of the NBA and Nike for years to come, and will have many more signature shoes released in the future.