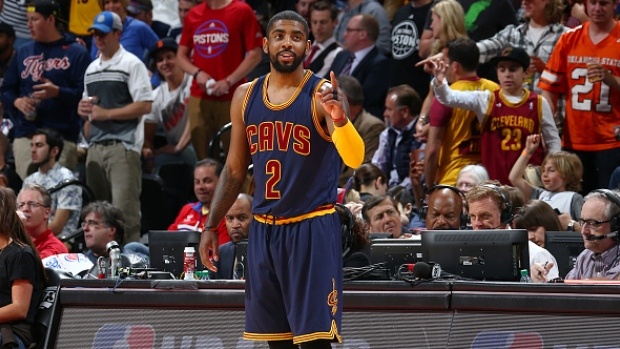 After having a down regular season, Kyrie Irving came out of his shell in the first round of the playoffs as he became the Cleveland Cavaliers’ main closer and most prolific player.

In four games against the Detroit Pistons, the three-time All Star averaged 27.5 points on 47.1% shooting both from the field and beyond the arc, along with 4.8 helpers per night. He was also the owner of two dagger treys in separate games, showcasing his Mr. Fourth Quarter persona that fans used to love, and opponents loved to hate.

RELATED: Kyrie Irving Reveals Why He Felt Completely Disrespected By The Detroit Pistons in Round 1

Irving isn’t someone who often harps on opposing team’s fans during games, but he surprised everyone with his cocky farewells to what seemed like a particular group of Pistons followers.

Apparently, that reaction from Irving did not come unprovoked, as shown per aCleveland radio station 96.5 KISS FM’s Facebook post. 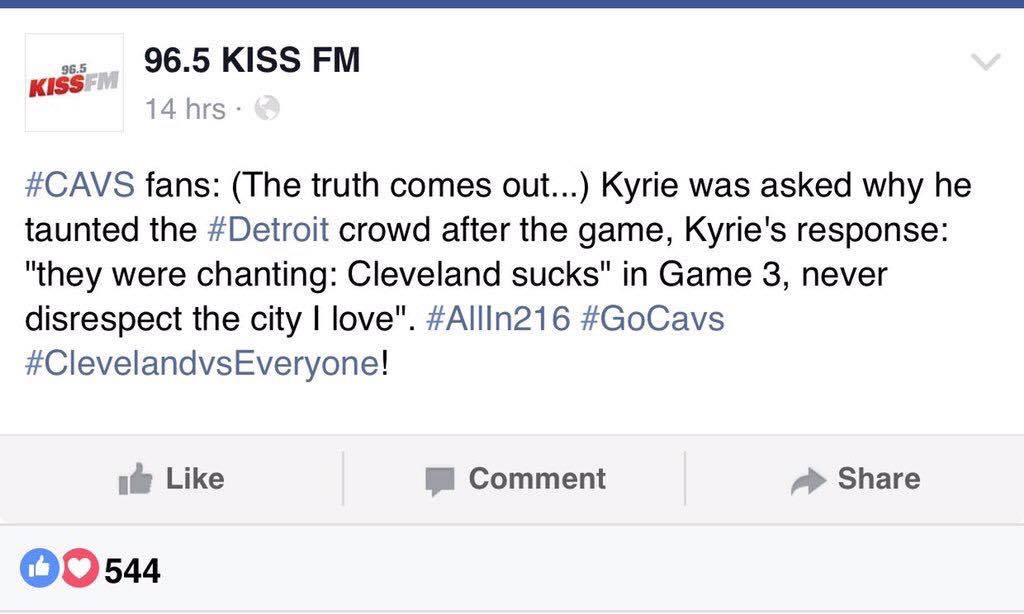 This better serve as a warning to Hawks fans when the Cavaliers pay a visit to their home floor. 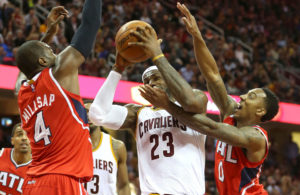