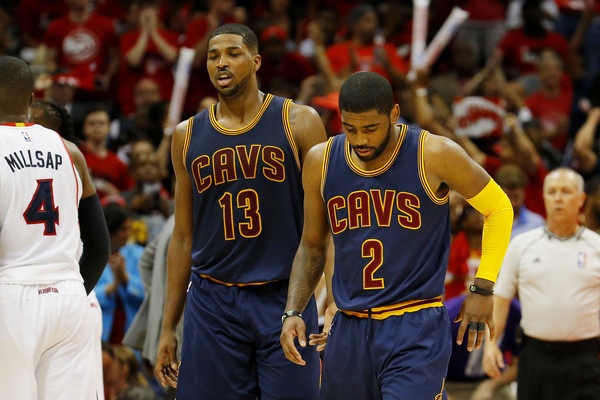 After playing just 27 minutes in Game 1 of the Eastern Conference Finals, frustration seems to be building for Cavs starting point guard Kyrie Irving.

Irving was able to play just nine second half minutes before sitting out the rest of the game. He finished with 10 points, three rebounds, and six assists.

“This is obviously one of the most frustrating things I’ve ever dealt with,” admitted Irving after the game. “We do days and days and go out there and it’s nothing like simulating a game so for me, I just have to continue to do what I’ve been doing and do whatever is necessary to put myself out there. I’m all about winning. That’s the only thing that matters.”

While Irving’s re-injury was surprising after five days to rest, the higher level of defensive intensity while Irving was on the bench was not surprising. Irving’s injury has been hampering him and the Cavs defensively, as Jeff Teague went off for 27 points (although he shot 11-24 from the field). Luckily for the Cavs, Dennis Schroder doesn’t have a great outside game as shown in his 2-10 night.

“Left knee is a little bit more stiff than I would want it to be, but like I said before in the past series, and I’m going to continue to say, no excuses,” Irving said. “Just have to continue to put myself out there and put myself in the best position for my teammates. Whenever they need me, I’m out there, called upon and I will do whatever it takes.”

When Irving left the game at the 5:45 mark of the third, the Cavs were up 63-61. That lead ballooned to 85-67 with 10 minutes left in the fourth. Of course, Atlanta stormed back into the game thanks to a lot of isolation basketball on the Cavs end. Irving watched the bench, however, as backup Matthew Dellavedova played the fourth and tried to put the clamps down on Teague.

“The most frustrating part is seeing holes in the defense that I’m used attacking,” he said. “I try to make one move, accelerate and then I stop to pass it.”

“It’s tough,” said LeBron regarding Irving. “I know it sucks for him. This is the moment he’s been waiting for. This is the biggest stage. Physically, he’s not capable of doing what we all know he’s capable of doing. Hopefully it doesn’t get into his mind. For me, that’s my role at this point, let him know when he’s on the floor that we need him to be aggressive, as aggressive as he can be with the injury and not worry about things that he cannot control, only worry about the things that he can control. That will be my job to help him understand no matter what he’s going through physically, never let it creep into his mind where it affects him mentally.”

Despite the struggles on both ends of the floor, the Cavs need Irving to be healthy and able to play moving forward. They’ve already lost one star in Kevin Love and they’ll need all they can get from Irving. As of Thursday, Irving says he’s fairly confident he’ll be playing in Game 2 as he’ll have more than a day to prepare and get his knee as healthy as possible.

“Right now I’m pretty confident I will go for Game 2,” he said. 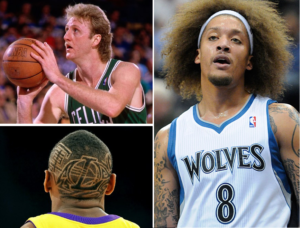