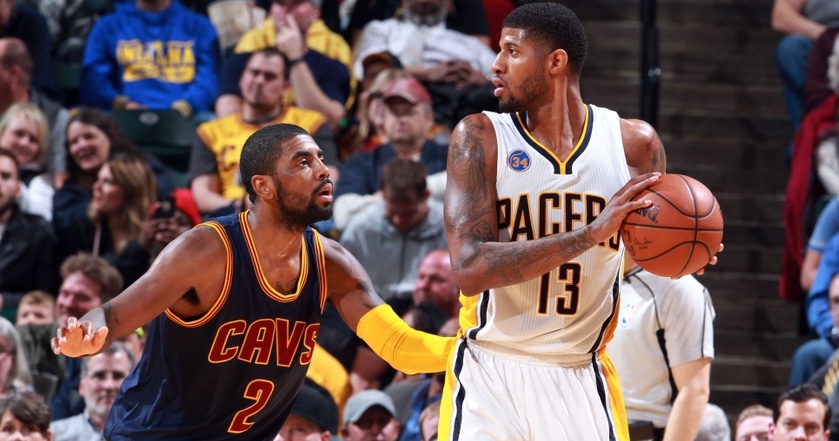 What would any NBA offseason be without swirling trade rumors and blockbuster moves?

On Thursday night, Mitch Lawrence of Sporting News reported that the Cleveland Cavaliers, Indiana Pacers, and Utah Jazz were engaged in a three-team trade discussion that would send Kyrie Irving to the Jazz for both Paul George and George Hill by way of a sign-and-trade.

However, those reports were quickly refuted by Tony Jones of the Salt Lake City Tribune, who tweeted that there is “no traction” to the rumor.

Per sources, no traction to the Kyrie to Utah Jazz rumor

As most fans of the team know, the Cavs are (and have been for some time) well over the salary cap. Bleacher Report’s Eric Pincus was quick to point out that Hill can’t be part of a sign-and-trade with the Cavaliers, as it would trigger a hard cap — which they cannot exceed.

Mitch – George Hill can't be a part of that to Cavs – a sign and trade in triggers a hard cap, Cleveland over that – so that's illegal

If the Cavaliers indeed wanted to go through with this deal, which is believed to be false, it would require offloading enough salary to position themselves below the tax threshold.

The Cavaliers could look to make multiple salary shedding moves first to get under the apron – but as they are now, no such luck https://t.co/C1IDw0qJ1r

According to Lawrence’s Sporting News report, the Pacers are looking for “top picks” in a deal, but neither Cleveland nor Utah is in a good position to make that happen. In fact, the Cavs already owe their 2019 first round pick (Top 10 protected) to the Atlanta Hawks, which basically eliminates them from those talks due to the NBA’s “Stepien Rule.”

What is the Stepien Rule, you ask? During the 1980’s, the Cavaliers, then owned by Ted Stepien, traded five consecutive first round picks. As a result, the NBA instituted his namesake rule, which states that a team (usually) cannot trade its first round pick in consecutive years.

As for the Jazz, they currently own all of their future first round picks, as well as an additional 2018 first round selection from the Oklahoma City Thunder, which is lottery-protected for the next three years. Even if the Cavs could find a way to deal their first round pick in next year’s Draft, the Jazz probably wouldn’t be that interested, as the selection would likely be late in the order.

For Cavs fans, Irving, 25, is believed to be the future of their beloved franchise. For now, it seems this rumor is just that — a rumor holding no traction. 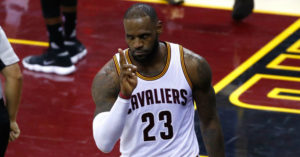