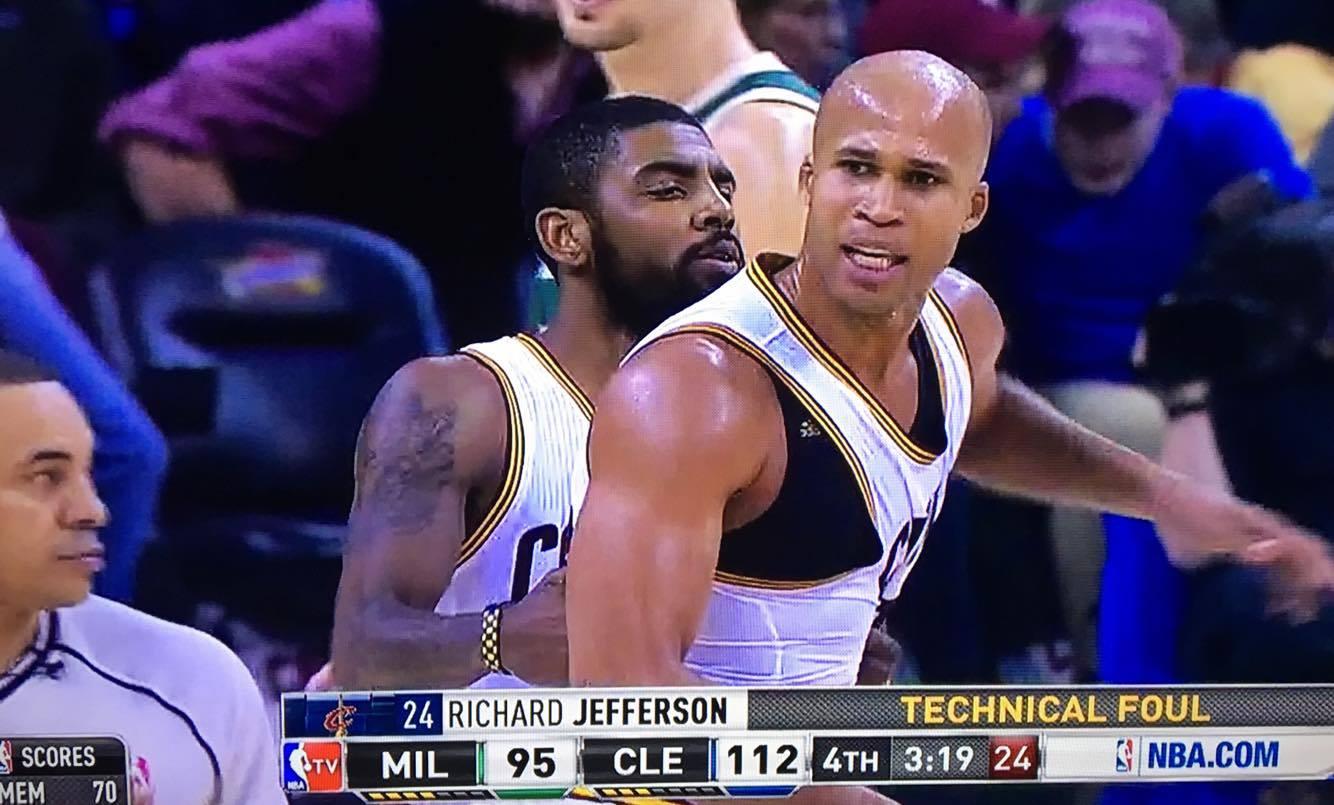 Kyrie Irving is reaching into his pockets yet again to pay for another of Richard Jefferson‘s fines, this time for winking at Kevin Durant after a left-handed throwdown during the Cleveland Cavaliers 109-108 come-from-behind win over the Golden State Warriors.

The tech is likely to be rescinded by the league because of its preposterous nature, Jefferson was also ejected last Wednesday against the Milwaukee Bucks, tossing his jersey onto the crowd — incident which Irving also footed the bill for.

“Kyrie has been paying so much money for me, I don’t know,” Jefferson told ESPN’s Dave McMenamin. “He’s been paying all these fines. I’m going to see what I can do to try and get it negated. But that’s why you have good teammates.”

While Jefferson’s $2.5 million salary is more than enough to cover his $2,000 fine for the technical — winks have definitely become a hot commodity in today’s NBA, but in case his eyelids decide to get wild again, there’s always an Uncle Drew willing to shell out a little money for his favorite nephew.