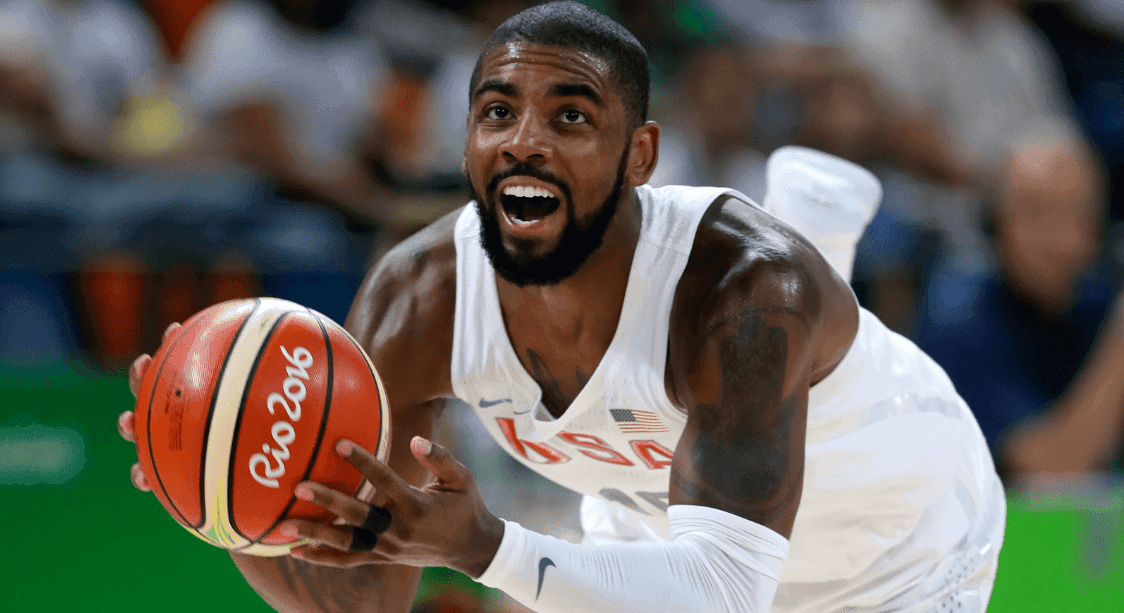 Cavaliers point guard Kyrie Irving is not being asked to do much scoring for Team USA in these Olympics, especially as one of only two point guards on the team. Coach Mike Krzyzewski emphasizes ball and man movement with Team USA, especially since they’ve got some incredible catch and shoot players. Playing alongside the likes of Carmelo Anthony, Kevin Durant, Paul George, and Klay Thompson means that there may not be much scoring available for a guy expected to distribute and set his teammates up.

It’s safe to say that Irving hasn’t disappointed, leading the United States with six assists per game through the 5 games in the preliminary round of the Olympics. On top of that, he’s fourth in assists in the entire Olympics behind some great passers in Matthew Dellavedova, Mantas Kalnietis, and Facundo Campazzo.

The most impressive part of his passing is the record 12 assists he dished out tonight, tying the most by an American player in an Olympic game. He tied both Michael Jordan and Cavs’ teammate LeBron James for the assists record, which is impressive considering he’s just 24 years old and playing in his first Olympics.

Probably the best play of the Olympics so far was the incredible, stumbling alley-oop pass from Irving to Durant that was on-point.

Aside from his assist totals, Irving also scored 12.6 points per game, good for 20th in the Olympics and third on Team USA behind Durant and Anthony.

The elimination rounds will begin for Team USA on Tuesday as they’ll face the fourth seed in Group B, which will be decided on Monday.