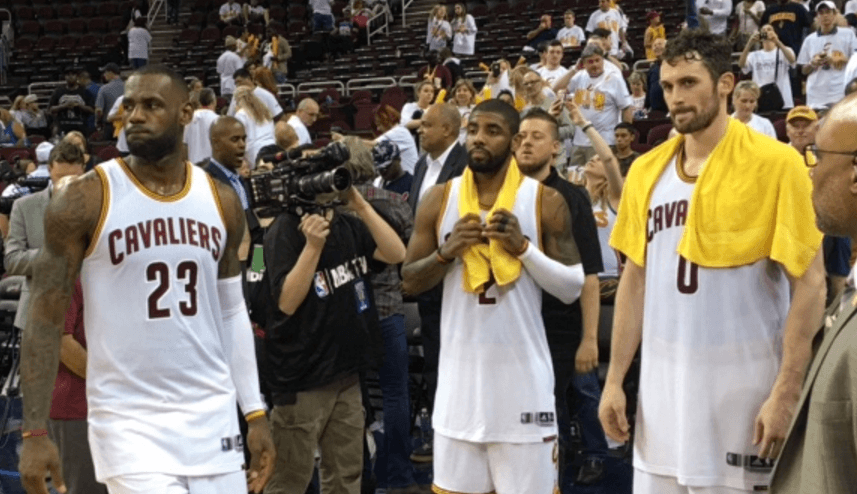 Kyrie Irving has taken the responsibility and blame for some of the Cavaliers’ poor fourth quarter performances so far this season. Even despite the Cavs winning all but one of these games, Kyrie isn’t satisfied with his own performances in the final period thus far.

With LeBron usually resting to start the fourth period, it’s left up to Kyrie and the second unit to continue to score points, defend at a high level and keep the advantage. However, as of late, the Cavaliers have let teams come back into the game, and the starters are forced to play more minutes than they would normally have to.

As brilliant as Kyrie is, he’s always looking to improve on the court. He’s a perfectionist on and off the floor, so much so, he’s stated “I want to throw my frickin’ remote at the TV” when watching his fourth quarters this season so far, especially at the beginning of them. As the Cavs have pulled away regularly this season, the game looks all but over to start the fourth, but “when that energy shifts” as Kyrie describes it, the Cavs haven’t been able to put teams away.

The Cavs dropped their first game of the season to the Atlanta Hawks on Tuesday, and although there were many factors resulting in the loss, Kyrie takes it personally. After fighting back from 18 points down, the lead was cut to just five when LeBron got his rest at the end of the third. He was forced back however, as the lead then ballooned back to 15 almost instantly as he sat, and Kyrie holds himself responsible.

“When I missed those first two, they get back and they go up 11 and just a shift in energy starts to change and then we bring back Bron,” Irving said. “For me, I want to give him a little more rest or whenever he needs to come or (coach Tyronn) T. Lue feels like he needs to come in, I just want to be able to either get the lead back or making it within one or make the game even closer than it was. It’s my job as one of the leaders.”

For a championship team like the Cavs, things like this can’t keep happening. In the four games so far this season that LeBron has sat out to begin the fourth quarter, the Cavs have been outscored by 21 points in just over 14 minutes. The Hawks took full advantage on Tuesday, and two nights before the Celtics cut a 16 point lead to just seven in 4.38 as James rested. All in all, despite their league best record, the Cavs have been outscored by six points in seven fourth quarters to start this campaign.

When asked about if he’s seen the footages of these quarters and whether he’s confident it will turn around, Irving was calm about the situation.

Kyrie knows it will work itself out, and as the Cavs continue to build on their already excellent chemistry, these fourth quarter woes will soon vanish. This temporary issue isn’t going to stop Irving from being the closer he is, he just wants more out of himself to start the last period.

“Definitely taking responsibility on my end when we start off the fourth quarter,” Irving said.

Look for Irving and the Cavaliers to solve these issues sooner rather than later, as they have so often in the past. One of the biggest strengths the Cavs have is recognizing their weakness and putting in the work to rectify them. The fourth quarter struggles will be a thing of the past, as long as Kyrie has anything to do with it. 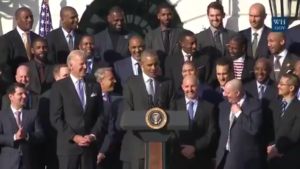