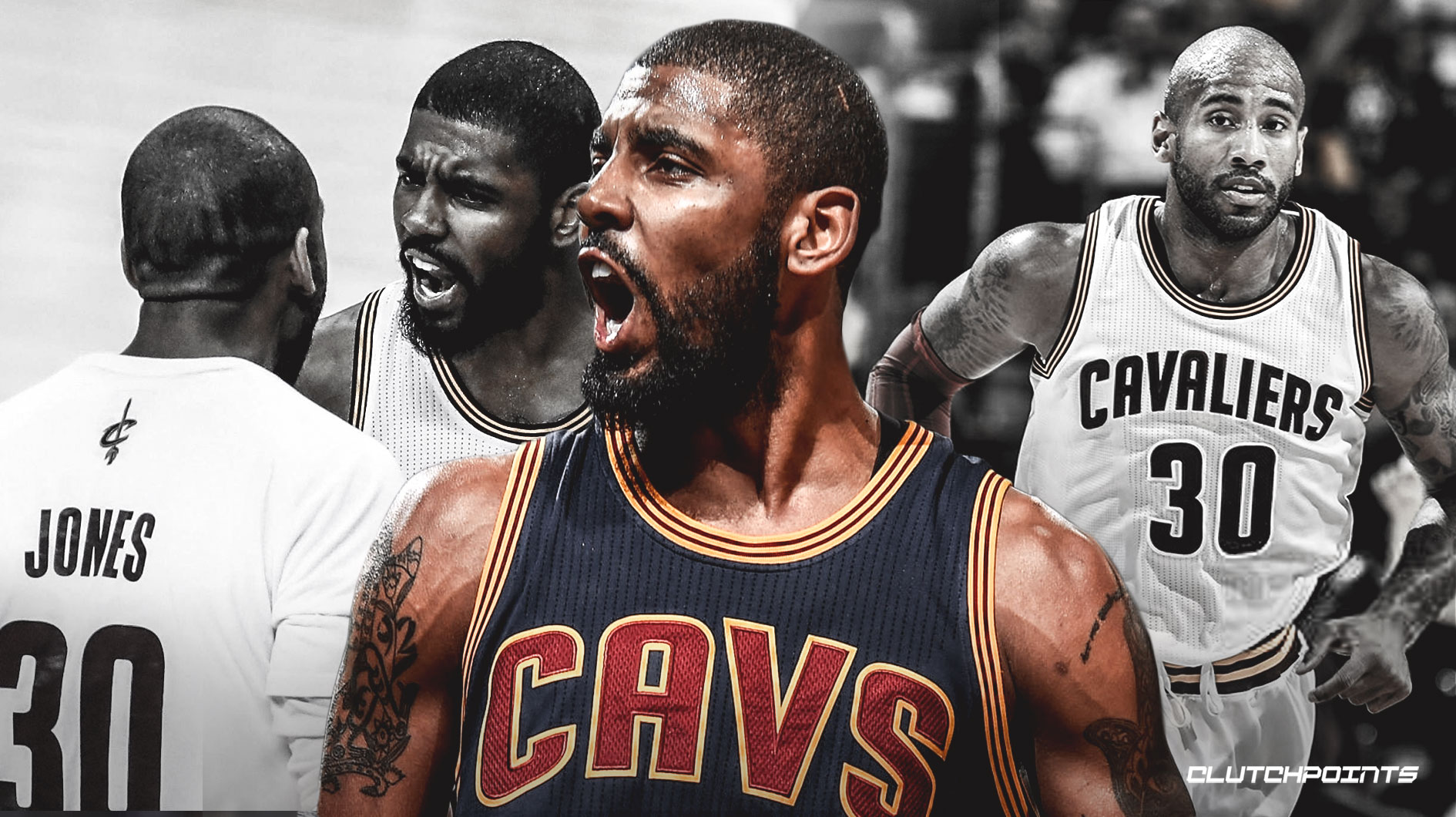 During Game 6 of the 2016 NBA Finals against the Golden State Warriors, Cleveland Cavaliers point guard Kyrie Irving suggested putting in Dahntay Jones during a crucial stretch because other key players were in foul trouble and the Cavs needed a live body.

The Athletic’s Joe Vardon recounts the story of how Irving, followed by LeBron James, helped Cavs head coach Tyronn Lue come to the decision of putting in Jones.

Lue needed to manage this, but as he sat down in the middle of the Cavs’ huddle, he was looking at his bench and at his assistants, and he wasn’t quite sure what to do.

He remembers thinking, “Shit, who do we go with?”

Finally, Kyrie spoke up, though it was more of a shout — the only way to get the message to his coach as the walls shook and the crowd screamed and the music poured into The Q.

Another second or two passed, and then LeBron added: “Yeah, D. Jones. Put him in.”

Lue thought quickly, agreed, and called for Jones, who was standing right where he spent most of that postseason — over Lue’s left shoulder.

One more missed shot, another turnover by the Cavs, and Golden State might’ve caught fire. The Warriors, winners of an NBA-record 73 games that season, made their living on this exact kind of thing. One spark, and it’s over. The seriousness of the situation could not be overstated.

Then, history happened. Jones responded with his own five-oh scoring run. He drew two fouls on one of Golden State’s three stars, Draymond Green, and pulled down a rebound in two minutes and 18 seconds.

The Warriors’ rally was over.

“It was an easy call,” Irving said. “Everybody else was in foul trouble. I was like, if we have somebody to close out the half, and why can’t it be Dahntay Jones?”

Jones played just 4;37 in that game, but it was an important four minutes.

The swingman finished with five points, points which the Cavs needed at the time to stop the Warriors’ run.