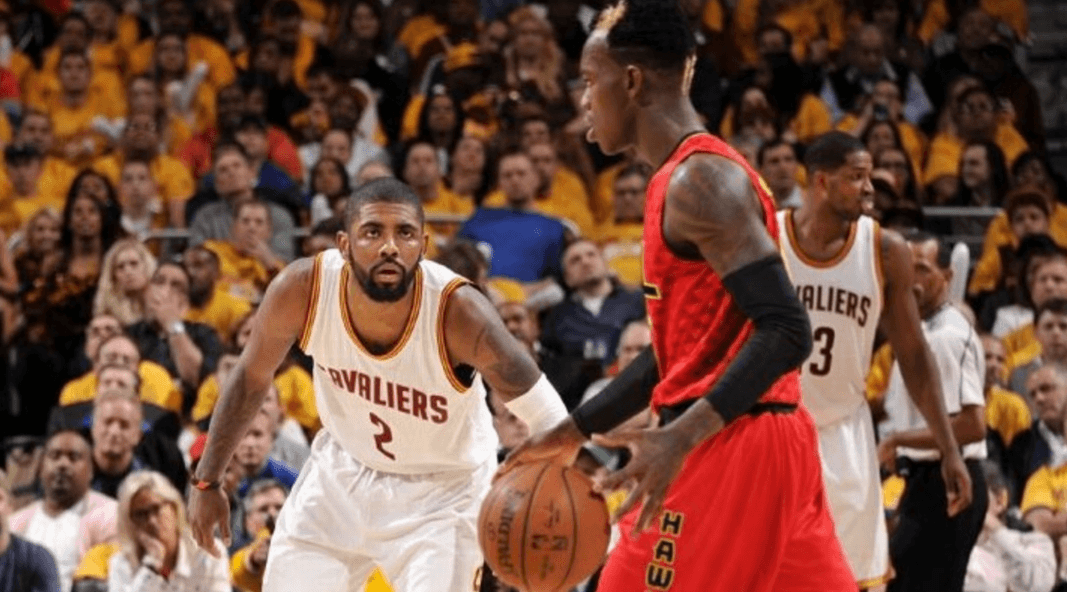 While defense may not be Kyrie Irving’s strongest suit, we all know that he has the tools and has shown, at times, that he can be a capable defender when engaged. It is payoff time indeed and with the way Irving has performed so far, it is safe to say that he is locked in.

In Game 1 of the Eastern Conference Semifinals, Irving managed to outperform his Atlanta counterpart in Jeff Teague, limiting him to eight points on 2-of-9 shooting. It was a commendable effort on his part, but the other Hawk point guard seemed to get his way that night. Dennis Schroder led the visiting team with 27 points and six assists on 10-of-20 shooting along with five three pointers.

Five three pointers. That is an anomaly for Schroder as he is a 30% shooter from long distance during the regular season and only had made 3-16 from beyond the arc in six games against the Boston Celtics in the first round.

According to a recent report by ESPN’s Dave McMenamin, Schroder’s big night shouldn’t be taken against Kyrie Irving.

Twice during his postgame remarks, when asked about Schroder’s impact, Irving offered requisite respect but made sure to add that the way he guarded the Hawks’ floor general was a scripted part of the “game plan.”

Being the competitor that he is, it wasn’t easy for Irving to see his man score that many baskets on him. And coach Tyronn Lue knew the situation all too well.

He’s like looking at me and he’s like, ‘Are we still going to keep going under (the screens) with Schroder?’. I was like, ‘Let’s give it one more try.’ Then we adjusted and I thought the guys did a great job of adjusting and we took care of the problem in the situation, and it’s a tribute to those guys.

We came in with a game plan, Schroder made shots; it didn’t work so we had to adjust, and they did a great job of adjusting.

The playoffs is all about making adjustments on the fly, so it’s a good sign that the Cavaliers are responsive to their coach. But the way they defended Schroder is only a part of their bigger goal on that end of the floor Monday night.

RELATED: 5 Keys To Beating The Hawks In Round 2 Of The NBA Playoffs 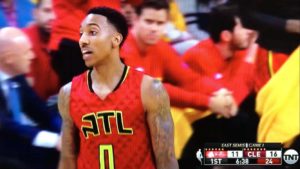