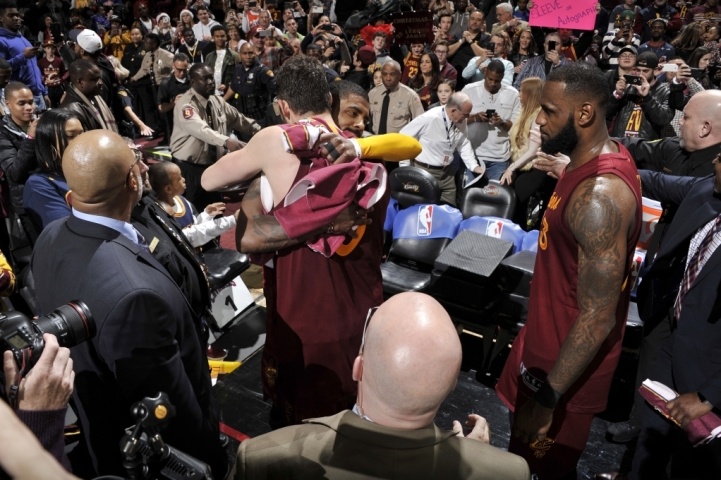 The Cleveland Cavaliers faced the Golden State Warriors for the first time since last year’s NBA Finals, and it did not disappoint. In case anyone missed it, Kyrie Irving made an incredible fadeaway jumper with Klay Thompson draped all over him late in the fourth quarter on Christmas Day.

This gave the Cavaliers a 109-108 lead with 3.4 seconds remaining and would eventually be the game winning shot.

When addressed by the media after the game, Kyrie was humble as always, giving credit to Klay Thompson and his defense.

"Thankfully, it went in…" Kyrie Irving speaks with media following his game-winning shot on Christmas Day

Hitting game winning daggers against the Golden State Warriors isn’t a new concept for Kyrie, but he still made it a point to credit his Warrior foe, Klay Thompson.

“You know, Klay’s a great defender, so taking the turnaround shot, thats a tough shot and he got a great contest on it”, Kyrie told NBA.com. “Just thankfully it went in”

The Cavaliers have no time to breathe, playing 10 games in the next 18 days, including the Detroit Pistons on Boxing Day. With just over 24 hours between games, Cleveland will face the young and hungry Pistons at the Palace tonight at 7:30PM EST. 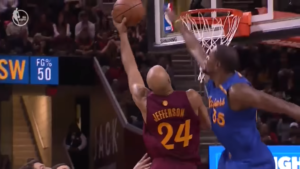 JUST IN: The absurd reason Richard Jefferson got a technical foul vs. Warriors
Related TopicsCavaliersKyrie IrvingWarriors