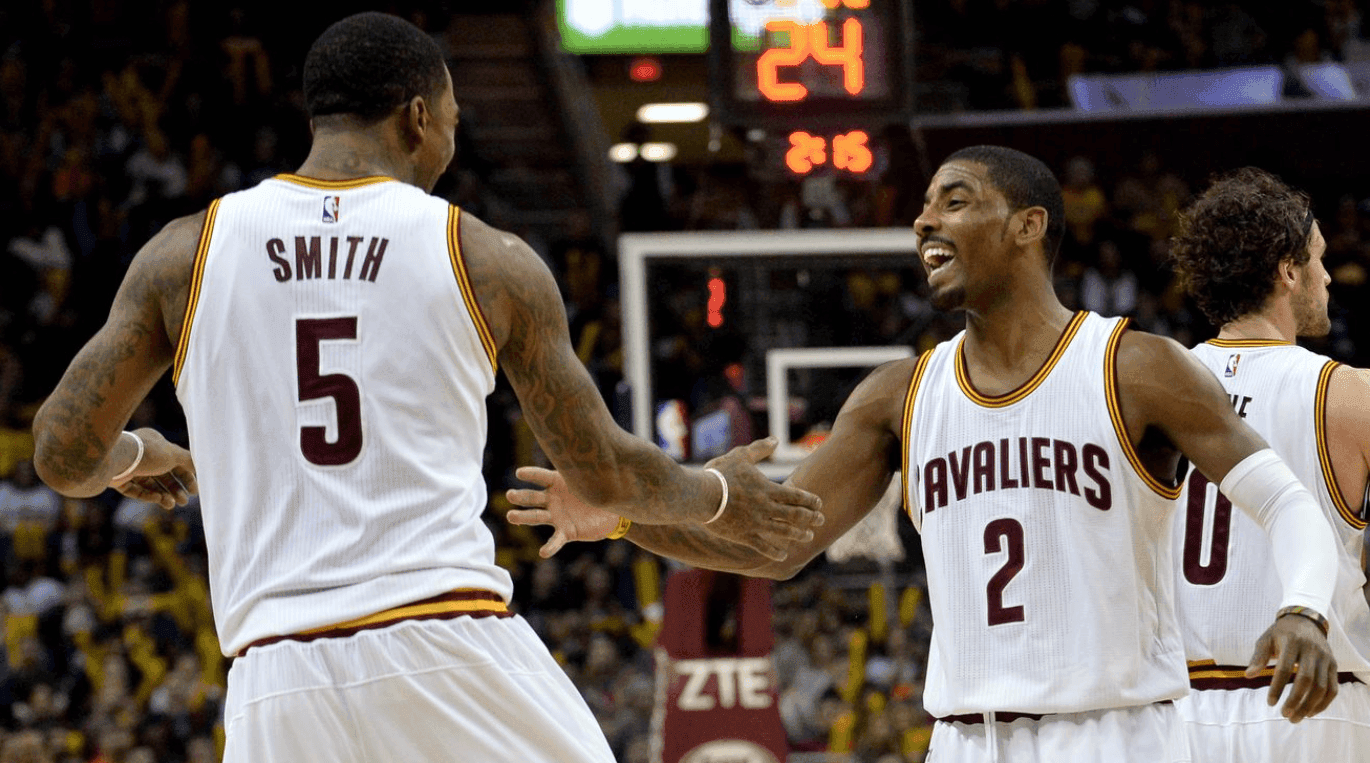 Cleveland Cavaliers guard Kyrie Irving ruffled some feathers during the last couple of days. With reports coming out that he wants to be traded, a lot of Cavaliers fans are disappointed. Irving himself did not comment on the issue, as he is currently touring in Japan.

As a part of the tour, Irving participated in a shootout and topped it off by mimicking teammate J.R. Smith‘s famous celebration. The ‘Threezus’ celebration was often seen during Smith’s days in New York, but it is also a part of his elaborate handshake with Kevin Love.

Irving, of course, was drafted number one overall by the Cavaliers in 2011. He has spent his whole career in Cleveland, earning four All-Star nods, a championship in 2016, an All-NBA honor in 2015, and the Rookie of the Year.