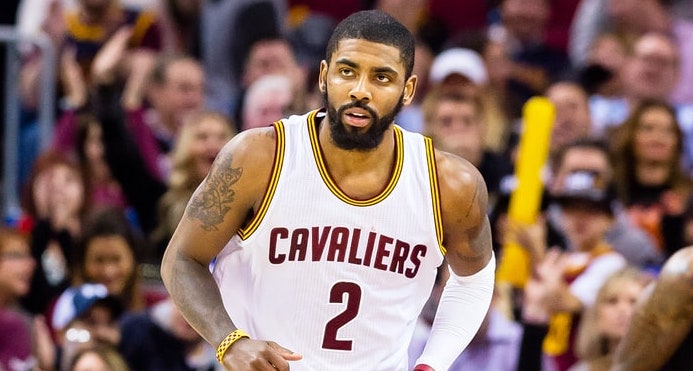 Kyrie Irving led all Cavaliers scorers in last night’s 111-108 home loss to the Boston Celtics in Game 3 of the Eastern Conference Finals, en route to 29 points (10-of-15 from the field, 4-of-6 from beyond the arc), seven assists, two rebounds, and one steal in his 40 minutes of action.

Cleveland led by as many as 21 points last night. However, poor shooting in the second half and a buzzer-beating three-pointer from Celtics guard Avery Bradley led to their demise.

During his post-game media availability, “Uncle Drew,” as Irving is known, was asked about his team’s performance and Bradley’s game-clinching shot. Irving says the Cavs “got a slice of humble pie” last night.

“He (Bradley) got a little separation and got open,” Irving said of Bradley’s game-winning shot. “Al Horford got a good screen on T-Top (Tristan Thompson). He was wide open. (His shot) bounced around on the rim a little bit and got a game-winner. We got a slice of humble pie. We’ve got a lot to learn going forward. They hit us in the mouth and now it’s our job to hit back.”

Irving was then asked about the fall-off in the Cavs’ shooting from the first half to the second. As he often does, the crafty ball-handler gave a focused reply.

“Uh, just a few of them didn’t go down,” Irving said in closing. “We had a few good looks. Our mindset is still the same — just to remain aggressive.”

.@KyrieIrving on the @cavs' surprising Game 3 loss: "We got a slice of some humble pie." #CavsCeltics pic.twitter.com/TWfrDuO1Ho 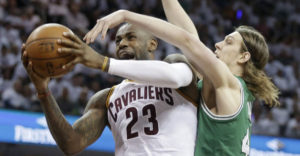