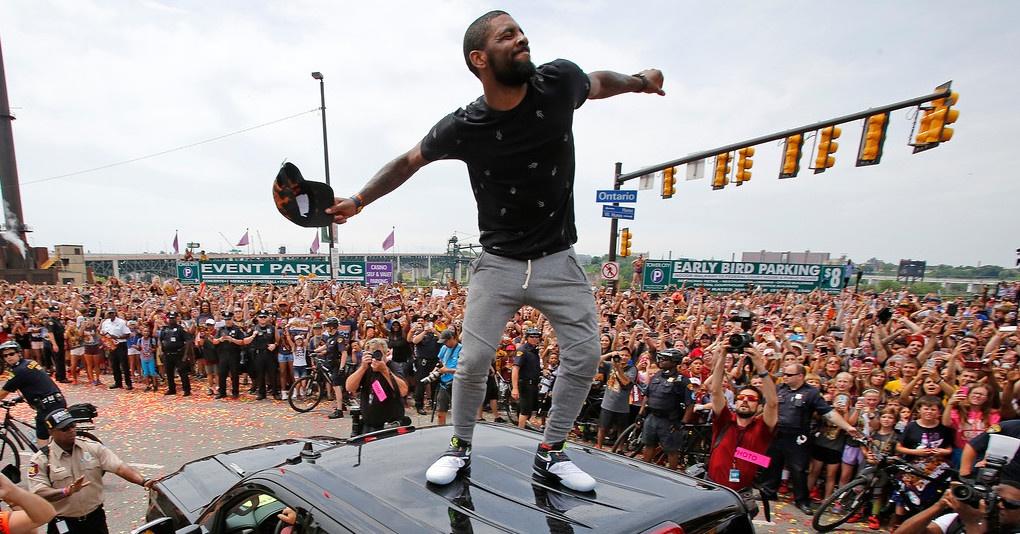 When Nike and Michael Jordan revolutionized the basketball shoe endorsement industry in the 1980’s with their famous “Jordan’s,” a new gateway was opened for future players to have a signature shoe of their own.

Now, 30 years later, quite a few players from across the NBA have shoe endorsement deals, including Kyrie Irving, the man dishing the rock for the defending champion Cleveland Cavaliers.

After the first two releases of his signature shoe proved to be a huge success, Irving and Nike are now creating a third edition: The Kyrie 3’s. According to www.solecollector.com, the new shoe is scheduled to be released on December 26th, 2016.

Tech features on this new Kyrie shoe include a forefoot band with Flywire cables, independent traction pods on the outsole, and Zoom Air cushioning. Personal details center around Irving’s family-first mentality, with references to his late mother and young daughter included.”

The design of Irving’s shoes have certainly been eye-catching, and his fans love them. Irving’s new signature shoe will be available in several unique colorways, including schemes inspired by the team colors of the Cavs and Duke University. The price of Irving’s new shoe is rumored to be somewhere in the realm of $120.

Irving recently sat down for an interview with Sole Collector to discuss what went into the design of the his new Kyrie 3’s. As the camera rolled, Irving spoke on hard work paying off, saying:

It’s the only thing that really matters, man; just staying true to who you are – just being you every single day. And that’s just “J-B-Y,” just be you.

This game is separated by very finite moments, and my shoe speaks to that. You know, there’s just all of these different webs going on in my mind when I’m thinking about my moves, so being able to stop on a dime and crossover and go another direction, you know, you want to have technology in a shoe that is fitted for those moments. It’s not too high. It’s not too low. The 3 is definitely another step in the journey.

It looks good, man. I’m proud of it. You make a choice. Either you do the things that you don’t necessarily want to do, and achieve greatness that you thought you never could achieve, or you don’t do it at all.”

Watch Irving speak on the inspiration behind his new Kyrie III’s: