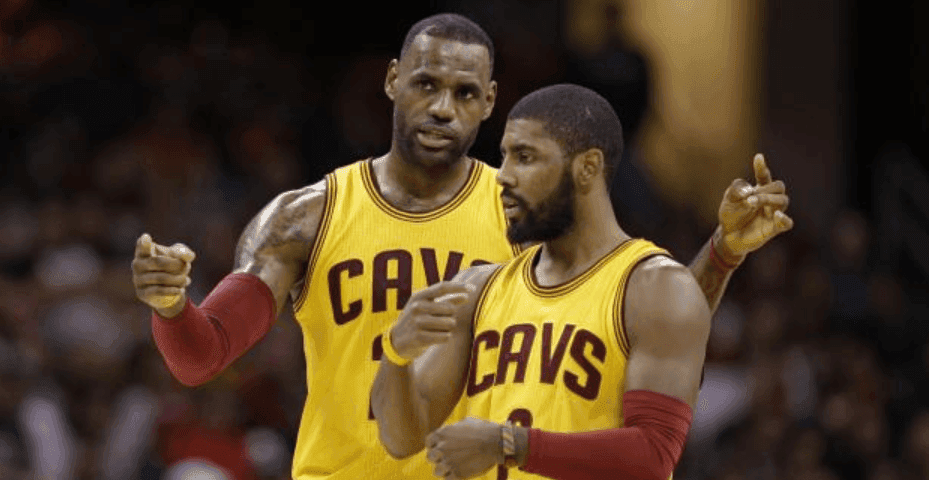 Since the news broke on Friday afternoon about All-Star point guard Kyrie Irving‘s desire for a trade from the Cleveland Cavaliers, there have been many more surprising details to emerge.

According to Brian Windhorst of ESPN, the 25-year-old had reportedly contemplated requesting a move from the Cavaliers even as far back as after the team won their first NBA title last year.

When Irving signed his deal, he expected to be the franchise player for the foreseeable future. But about two weeks later, James arrived from Miami. The sudden change of situation rocked Irving, and he has vacillated at times over the past three years about working as a secondary star to James and the original plan of having his own team.

He discussed the challenge during last month’s NBA Finals.

“Having just a tremendously great player like that come to your team, and you see yourself being one of those great players eventually, and then he ends up joining it, and then now you have to almost take a step back and observe,” Irving said. “Finding that balance is one of the toughest things to do because you have so much belief and confidence in yourself. … Selfishly, I always wanted to just show everyone in the whole entire world exactly who I was every single time.”

With this in mind, Irving considered requesting a trade after the Cavs’ championship last year but decided against it, sources said.

It is clear that Irving has never truly acquiesced to playing alongside LeBron James since his arrival to the team a little more than three years ago. Things had been perceived as being quite tight in terms of chemistry between both sides, but it now appears that may have just been on James’ behalf.

The three-time All-Star simply has the burning desire to lead a team as the primary star player in a similar fashion to his idol Kobe Bryant accomplished in the second half his career with the Los Angeles Lakers. This has made it difficult for him to accept playing second fiddle to James even though the Cavaliers have been to three straight NBA Finals while winning their first title.

Ultimately, all of this has telling signs that Irving’s days in Cleveland have been numbered for quite some time.