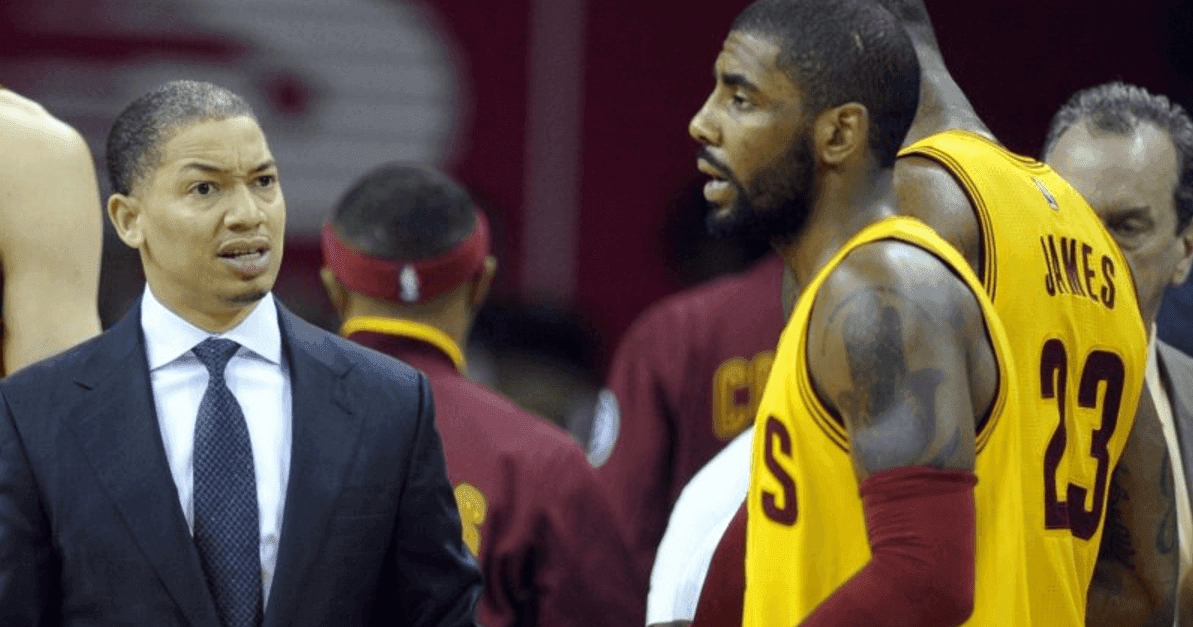 On Tuesday night, Cavaliers head coach Tyronn Lue did something rarely seen in the NBA. With the contest still in the balance, Lue disliked what he saw from the starting unit, and dragged them all out in a five man substitution. At a vital stage in the game, Lue trusted his bench and reserves more than his starters to turn the game around and shift momentum in the Cavs favor.

He tried, but unfortunately for him  it didn’t work, as the Bucks rolled to a big victory at home. Despite the starters massively under performing throughout, the decision to take your best players out of the game at a critical moment may have raised some eyebrows, but Lue had no hesitation. This ploy is a method used by legendary head coach Gregg Popovich of the San Antonio Spurs, who has done this numerous times in the past to prove a point.

Against the Bucks, Lue had no hesitation to in making the call, indicating the trust, respect and growth hes undergone since taking over the job last season. Managing a team with big egos can be tough, and pulling a move like this could rustle a few feathers, but Lue has the utmost faith in his team to understand what he thinks the game demands at that point in time.

Following the loss, the Cavs leaders confirmed their approval, as they whole heartedly agreed with the decision he made. One of those leaders was dynamic point guard Kyrie Irving, who along with the other Cavs starters, took full responsibility for the sub-par performance which led to Lue’s decision.

When asked about the situation in his post-game interview, Irving was solid in his belief the starters have to do a much better job in the future to never allow this to happen. He was disappointed, and went on to say “If I was the coach I probably would have done the same thing”.

The Cavs had a slight bump in the road in their defeat to Milwaukee, but it is these tests and bouts of adversity that made them the battle hardened champions they are today. Instead of pointing the finger and blaming one another, the Cavs and their leaders are the first to put their hand up and understand they have to be better in order for the team to be successful once again. It is a sign of true professionals, and the Cavs will do everything in their power to eliminate this from happening again.

In hindsight, these instances may be the wake up calls they need down the road and further into the season when it matters most.