Kyrie Irving Reacts To Stephen A. Smith’s Comment On Him Wanting To Leave Cavs 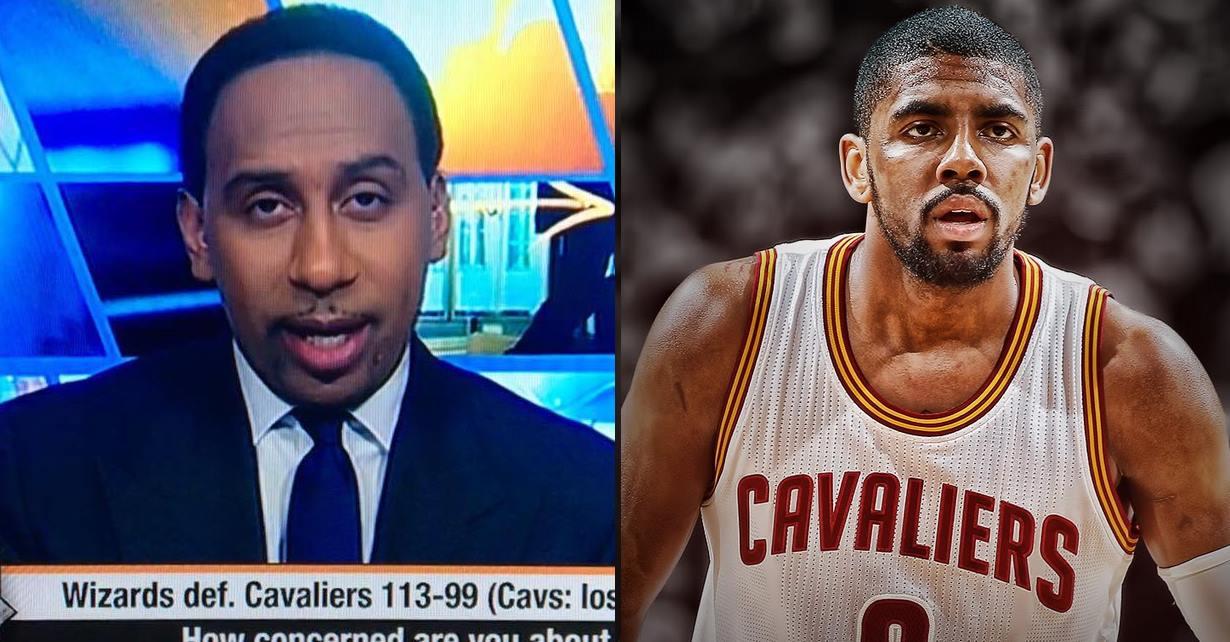 First it was Kevin Love. Then it was Kyrie Irving. The unwarranted speculations over the state of the Cleveland Cavaliers’ stars, as far as being a contented member of the team, does not seem to end.

All these come as no surprise because of the media attention that comes along with the success that they’re having. And the latest to add fuel to the talk was ESPN’s Stephen A. Smith with his so-called information about Kyrie Irving’s unhappiness.

After the Cavs’ win over the Indiana Pacers on Monday night, Irving addressed the rumors, and ESPN’s Dave McMenamin reported on the All Star point guard’s reaction.

“There’s nothing to really address. Obviously there’s going to be some misunderstandings; it’s part of being on a team. For me, as a maturing young player in this league, I know what we have and the opportunity we have in order to be something special. My communication is open with all of my teammates, just knowing what’s going on and how I feel about things.”

The issue came on the heels a disappointing Cavalier loss to the Washington Wizards which saw Kyrie Irving badly exposed on the defensive end by John Wall. With LeBron James out for that game, Irving was expected to lead the charge for Cleveland but miserably failed.

RELATED: Five Clear Problems The Cavs Must Solve If They Hope To Win A Championship

He did make up for his effort in the win against the Pacers scoring 22 points and handing out six assists.

The Cavaliers have obvious things to work on, and with the regular season clock ticking, these issues are in dire need of addressing. As far as rumors go, they can only do so much to hurt the team’s chances.