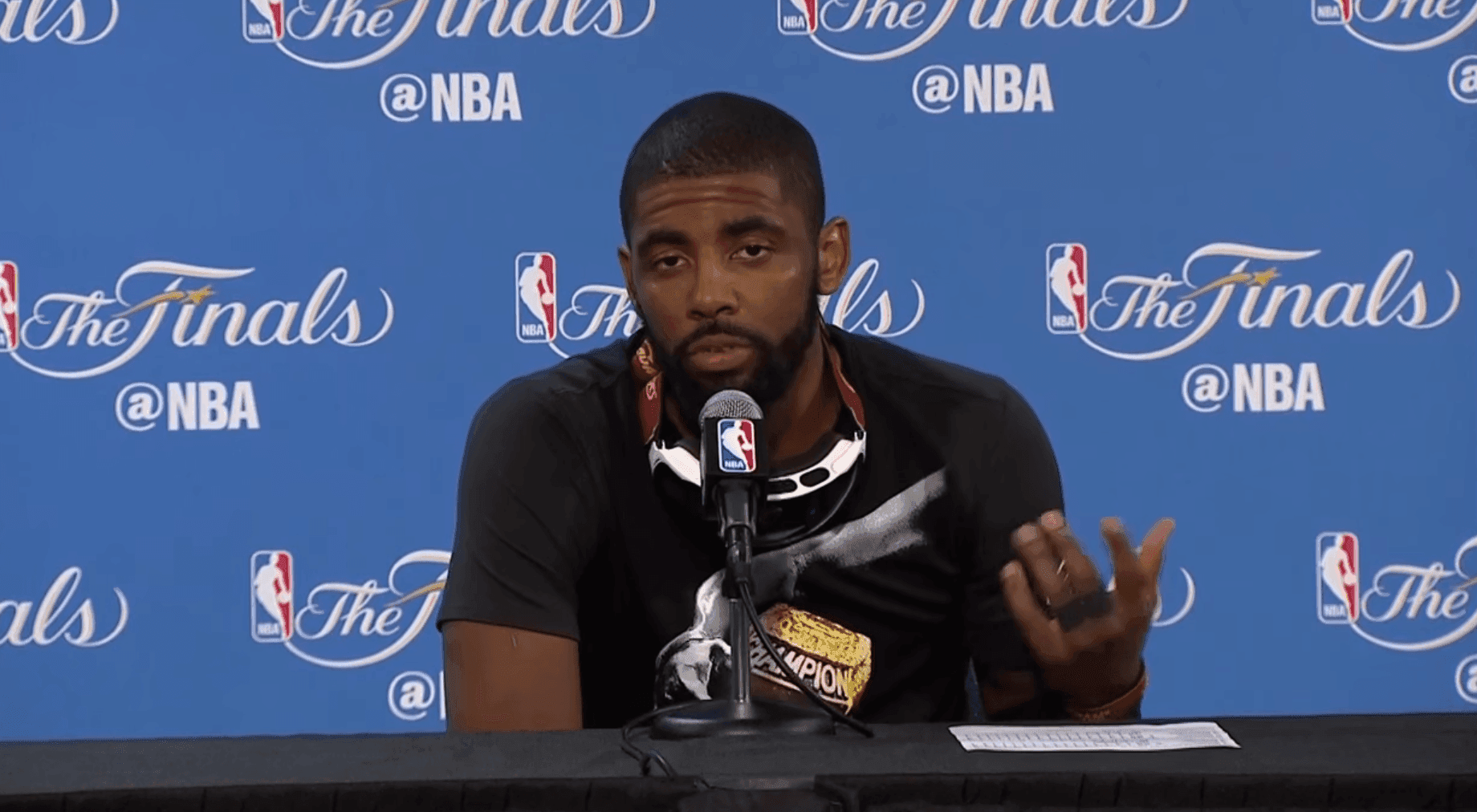 Kyrie Irving is an NBA Champion, and nothing is going to change that. Although they came into the NBA Finals as major underdogs, the Cavs came in there with the utmost confidence and knocked off the record-setting defending NBA Champion Golden State Warriors.

Irving sat down with Complex’s Zach Frydenlund for an interview, and talked about the Cavs being underdogs now that the Warriors have acquired Kevin Durant.

Frydenlund: With the Warriors adding Kevin Durant, most people will look at the Cavs as underdogs even though you’re the defending champs.

The Cavs won’t be going into next season as favorites to repeat with the Warriors virtually having their own all-star starting five. They’re not a lock to win it all though, as they’re lacking a solid bench and doubting a team with LeBron James is never a good idea.

If anyone needed verbal confidence from one of the NBA’s best point guards regarding how he feels about the Cavs chances, there you have it.