Kyrie Irving Putting On A Show In Memphis During this preseason matchup against the Memphis Grizzlies, Kyrie Irving is putting on an absolute show, including this casual between-the-legs pass to Kevin Love:

Let’s not forget that Kyrie Irving also has some offensive skills, which were on full display today as well:

The Cavaliers have shown Cleveland in this preseason alone that they are a force to be reckon with this upcoming NBA season. Here’s a look at how Cavs fans have been watching their team play so far this preseason: 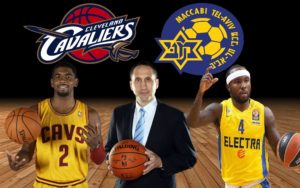