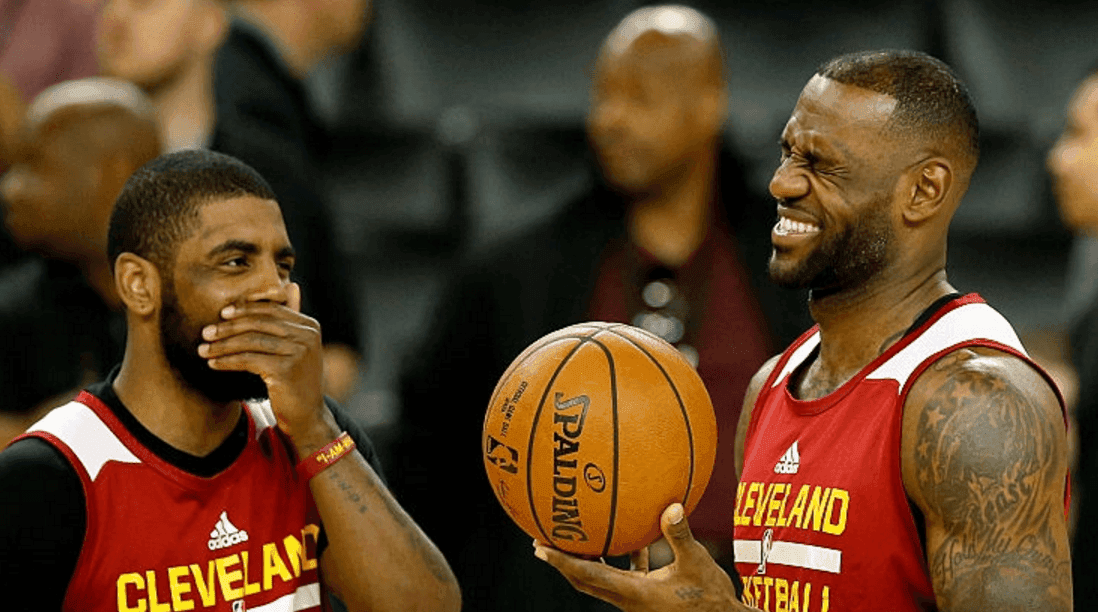 Since the return of the King to Cleveland back in 2014, the relationship between Kyrie Irving and LeBron James has rapidly developed into a big brother-little brother bond.

Over the past couple of months, the Cleveland Cavaliers have made pouring water all over one another a thing to celebrate great moments in their team’s recent history. On Friday, LeBron James passed Kobe Bryant to become the youngest player in NBA history to score 27,000 career points.

To celebrate become the rookie coach with the longest playoff winning streak to start a postseason, James and the Cavs set up Tyronn Lue with a water shower (similar to a Gatorade shower, just with water) in the locker room after the game. What Kyrie Irving organized for LeBron James was similar.

After Friday night’s game against the Washington Wizards, Irving got his teammates ready and organized the water shower for James, but told LeBron James that they were celebrating accomplishment by coach Lue.

“They lied to me,” James said. “They said that coach Lue had accomplished something and they was going to douse him and I was kind of surprised, like, what happened? Guys gonna mess up his suit. And then we brought it in and they rushed me.

“They got all my clothes wet and everything, but, that’s my guys, so. It’s always great to be able to accomplish something with such a great group of guys.”

RELATED: Why LeBron James didn’t meet with the Undertaker on ring night

After he did it, Irving revealed to Cleveland.com that he was the one who organized the setup for LeBron. Irving was well aware of how close James was to the feat, but it’s unclear if James knew how close he was. James used social media often and knows his NBA history pretty well. He may not know specifically that he became the youngest at 31 years and 317 days, which passed recently-retired Kobe Bryant’s record of 32 years and 160 days, but Irving sure knows, and you can see how Irving and James’ relationship has changed over the years.