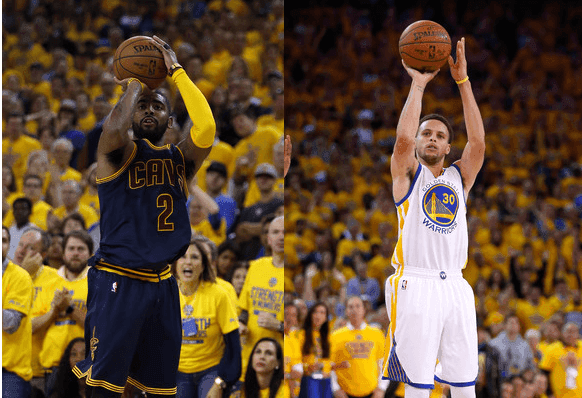 Two of the league’s top point guards in Kyrie Irving and Stephen Curry have burned the nets with their hot hands from distance. Curry made a lot of noise in the middle of the season, especially with the success that Golden State enjoyed; a success that ended in an NBA Championship. Irving, on the other hand, made some significant noise right aroudn the all star break and it helped spark the Cavs to a 34-9 record since starting out 19-20.

While both players have won the three point shootout, Kyrie Irving has had better success in the contest having reached the Finals in both times he participated, although it’s noteworthy that he lost out to Curry this year because the latter was simply in the zone. Curry might be the more popular choice, but Kyrie’s resume from beyond the arc is able to stand side by side with Steph’s. Both players have similar career highs in threes with 11 and for this season they hold similar three point percentages as Curry shot 44.3% while Irving finished at 41.5%.

Stephen Curry gets a bump in terms of popularity because of the Warriors success this season, but Kyrie Irving really started to blossom during the Cavaliers’ impressive run. Something to consider when talking about Irving’s hot run during the season was his 50-point explosions. The first one was when he went 11-of-19 from distance en route to 55 points against Portland, including the dagger over Nicolas Batum. Almost a month afterwards, he exploded for 57 points on 7-of-7 shooting from downtown in the house of the then-defending NBA Champion Spurs. Curry also gets more love since he hits more threes than Irving, but since the Cavaliers’ run that started on January 15, Irving trumped Curry in terms of three point percentage as Uncle Drew finished the season at 45.5% accuracy compared to the Splash Brother’s 44.3%. 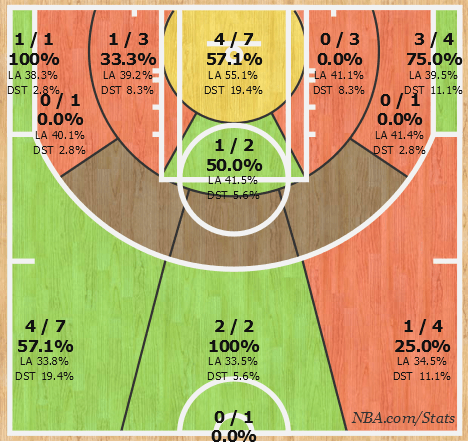 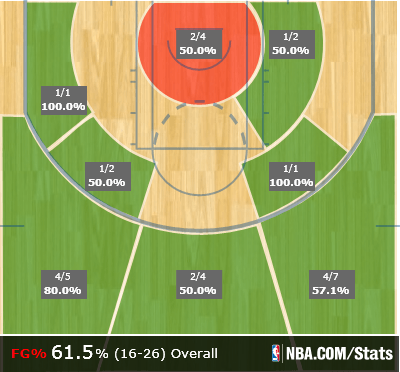 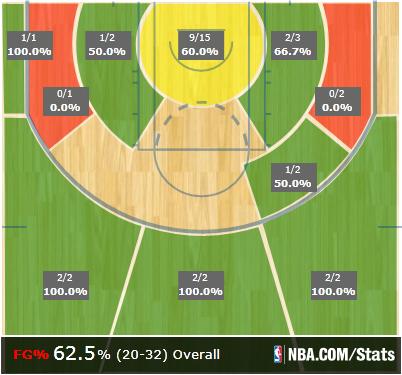 According to NBA.com Stats index, in the last five regulation minutes and overtime of a game that is within five points, Stephen Curry is just 5-of-21 from three-point land, a miserable 23.8%. Kyrie Irving is currently 6-of-17 from three-point land in the final five minutes and overtime of a close game, a solid 35.2%. Clearly, Irving is the more clutch three-point shooter, as displayed by these two plays from earlier in this season:

Irving’s game-winning three against the Blazers:

Irving’s game-tying three against the Spurs: