Kyrie Irving On LeBron James’ Advice And Development Of Their Relationship 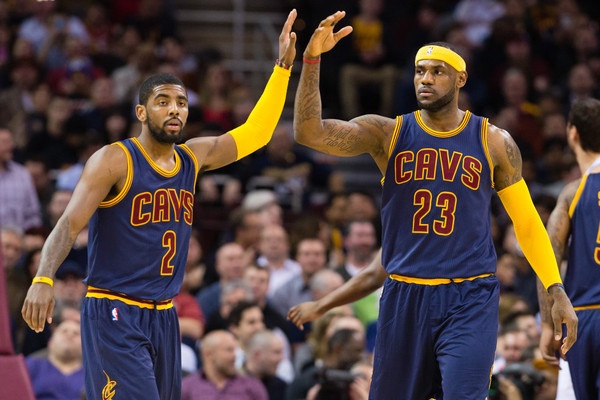 Kyrie Irving and LeBron James’ relationship has come a long way since the start of the season. It all really began with the losses to the Portland Trailblazers and Utah Jazz during the first road trip the Cavaliers took out West.

Against the Blazers on November 3, Kyrie Irving and then-Cavalier Dion Waiters seemed as if they were playing pick-up basketball with numerous isolation plays jacking up shots from everywhere on the floor. It disgusted LeBron so much that he stood in the corner for most of the second half and let his team flounder. After the loss, James talked about his team’s play, but was clearly talking about a particular pair of players:

In the next game against the Itah jazz, Irving finished with a strong scoring performance with 34 points, but dropped a goose egg in the assist column. A lot of Cavalier fans remember that night, as Cleveland also lost on a Gordon Hayward step-back jumper at the buzzer.

After the game, LeBron decided to talk to Irving, who was still finding his way with the Cavs.

“He came up to me and was like, ‘One, you can never have another game with no assists,’ “Irving said, describing James’ words.” ‘You can damn near have just one, two, three, but you can’t have zero.’ And I was like, ‘All right, cool, it won’t happen again.’ And it hasn’t happened since that game.”

Irving and James have since vastly improved their on-court and off-court relationships. Of course, winning and improving their record from 19-20 to 48-27 has something to do with it. The Cavs are winning at a pace that would help them secure the second seed in a couple games.

On January 15, James pulled Irving aside at a team shootaround at UCLA’s Pauley Pavilion before a road game against the Lakers. He told the two of them that the Cavs would go as far as the three would take them:

“Guys, we go as far as we take us. We have great guys on our team, but the end all, when the game’s on the line, they’re going to be looking to us three. And we’ve got to be able to make plays.

“It doesn’t matter if you take a terrible shot, a bad shot, a good shot, it’s all our shot.”

Later that night, the Cavs beat the Lakers and then the Clippers the next night, which was the beginning of a 12 game winning streak They’ve got an NBA-best 28-7 record since that January 15 victory over the Lakers. James is averaging 25.9 points, 7.1 assists and 6.4 boards in that stretch; Irving’s right there with 23.1 points and 5.1 assists. Together with Kevin Love, who’s really coming into form at the right time, the Cavs will go as far as those three can take them. 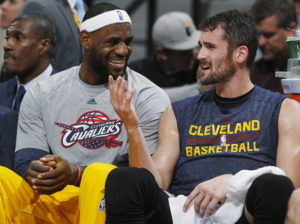