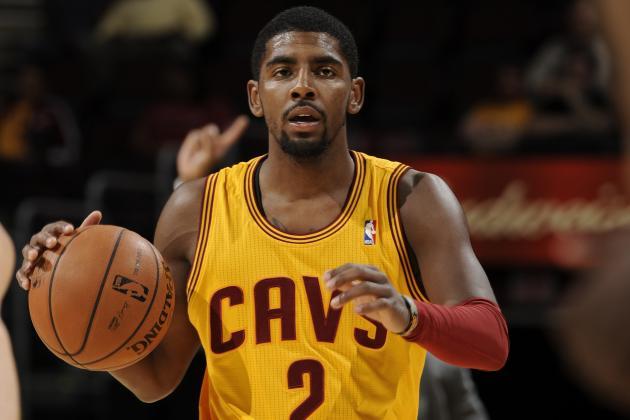 In 2011, the Cleveland Cavaliers selected Kyrie Irving for the first overall pick. There was a lot of anticipation for Kyrie and how he would play for the Cavs who had just suffered the loss of LeBron. Kyrie would answer in his rookie season by winning the 2011 NBA Rookie of the Year and became the third highest scoring average among all NBA point guards. This past season, Kyrie had averages of 20.8 points, 3.6 rebounds, 6.1 assists and 1.5 steals in 35.2 minutes per game.

{adinserter 2} As a result of Kyrie’s success in Cleveland, having career averages of 20.7 points, 3.7 rebounds, 5.8 assists and 1.4 steals in 33.7 minutes through 181 games with the team, the Cavs have offered Kyrie Irving a 5-year contract extension worth $90 million. Looks like Cavs Nation have secured a bright and young star player in the making.

Here’s what Cavs Owner Dan Gilbert had to say about Kyrie according to the Cleveland Cavaliers:

“We are excited that Kyrie has officially committed to be here long-term with the Cleveland Cavaliers. The future has never been brighter as we are building the team and franchise for sustainable success. Kyrie is obviously a very big piece of our plan.”