Kyrie Irving (Knee) Will Not Play In Game 2 on Friday, Questionable For Game 3 on Sunday 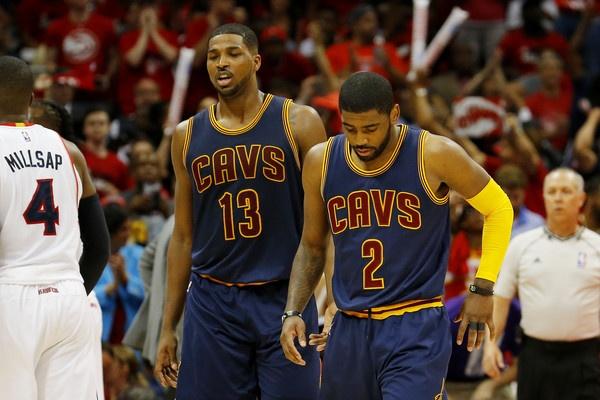 Kyrie Irving, who has been gutting out the past couple of weeks in these playoffs, will not be able to play tonight in Game 2 of the East Finals against the Atlanta Hawks.

Here is the full statement released by the Cleveland Cavaliers. Irving, who was diagnosed with left knee tendinitis prior to Game 5 of the Cavs’ last series against the Chicago Bulls, hasn’t missed any time due to this injury.

Irving and the Cavs had six days off in between their closeout Game 6 against the Bulls and Game 1 of the Eastern Conference Finals. Unfortunately, Irving is still struggling with the injury and its really starting to frustrate him.

“This has been the biggest mental challenge of my career thus far, just because I want to do more. I want to be that guy for my teammates as well as for Bron. We built a dynamic of me and him playing off one another extremely well, and other guys spacing the floor. And when we need a bucket, whether it is me or Bron, we take it upon ourselves to do that. When you can’t do that, and you are limited to certain things, you have to come to grips with it.”