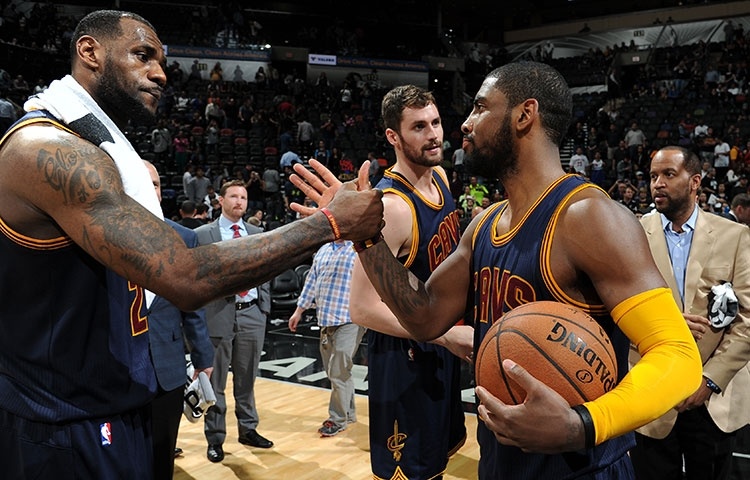 Kyrie Irving took a three-pointer. Then another. And another. In the end, Irving attempted seven three-pointers and made all of them. Step-back, fall-away, out of a crossover, catch and shoot, it didn’t matter as Irving was raining three-pointers from all over the floor en route to a career high 57 points. Here are some of the big ones:

In the end, this is what Kyrie’s shot chart looked like:

Mesmerizing performance by Kyrie who was absolutely locked in. New career-high 57pts on 20/32 FGAs, 7/7 from 3! @cavs pic.twitter.com/F6HcOV1DLs

With that being said, the Cleveland Cavaliers have two well-deserved days off Friday and Saturday before facing off against the Orlando Magic and Miami Heat in a back-to-back set Sunday and Monday. Friday however, doesn’t seem like it’ll be a day of basketball for Kyrie Irving:

Irving is apparently going to Disney World in Orlando, Florida to soak in, enjoy, and comprehend the 57-point performance he put up Thursday night on the road. Not only a career high, but it’s an NBA season high, a Cleveland Cavaliers’ franchise record high, and all-time high on the road in San Antonio. Irving talked about his shooting stroke after the game:

“As long as my elbow’s pointed at the rim, I feel like it has a great chance to go in. I learned that from Kobe Bryant.”

Kyrie Irving has led his Cavaliers to an NBA best 23-5 since January 15th and 9-3 since the All-Star break, second best behind Indiana. This spark has given the Cavs an almost two-game lead over the Chicago Bulls for the second seed in the Eastern Conference. Irving, says he and his team have overcome so much this season, that they’re just about playoff ready.

For now, however, Irving will be enjoying his day off in the world of Disney in Orlando, Florida on Friday. 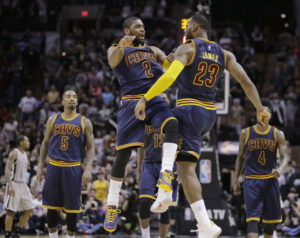