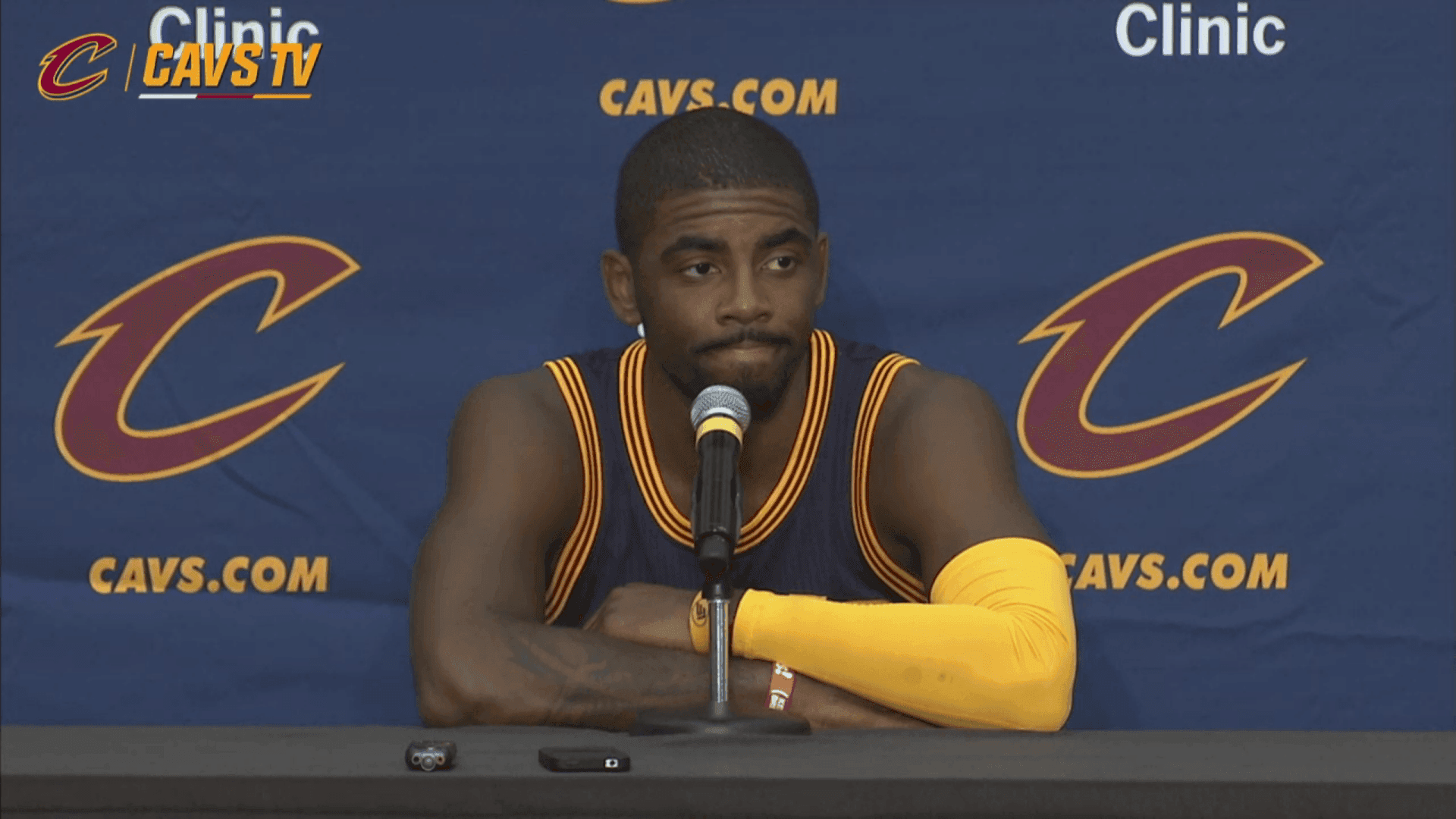 Kyrie Irving stepped up to the podium to talk about the mental challenge it was to get over the knee injury. Here are a few quotes from the guard, who still does not have a timetable to return.

“It’s definitely been a mental challenge because of the way it ended. obviously going out the way I did. It wasn’t something that I wanted to happen, but it did and I have to realize that. I picked myself back up so the last three months has just been about getting back to the game of basketball mentally and fine tuning a few things that I could.

But it was definitely tough and I don’t think I’m the only one that would say that.”

“I think the positive for me, from a mental aspect and more or less from a physical standpoint, is that I don’t play above the rim. I’m not a lot faster than everyone else, I don’t blow anybody’s mind in terms of my game speed or the way I play.

That’s what this offseason was about for me: watch a lot of film and find how can I better in terms of avoiding injuries going to the basket. I enjoy finishing over big men, but I’m honestly trying to stay off the floor.”

“I’ve been able to run for the last three weeks. been in the gym a lot more. right now, i’m not allowed to do any 2-a-days because of the state of my knee and we don’t want it to flare up or have any setbacks. For me, it’s just about being better at not missing one day. if that means going seven days a week, then i’ll go seven days.”

“Obviously, we have to be smart about it. Getting back from any injury is going to take a lot of mental will and a lot of physical will. It’s been testing, but it’s not anything I can’t handle.”

Surprising to hear that Irving has been running for three weeks now, but that’s a very positive sign in terms of his recovery. Irving may still have a chance at a mid-November return after all.